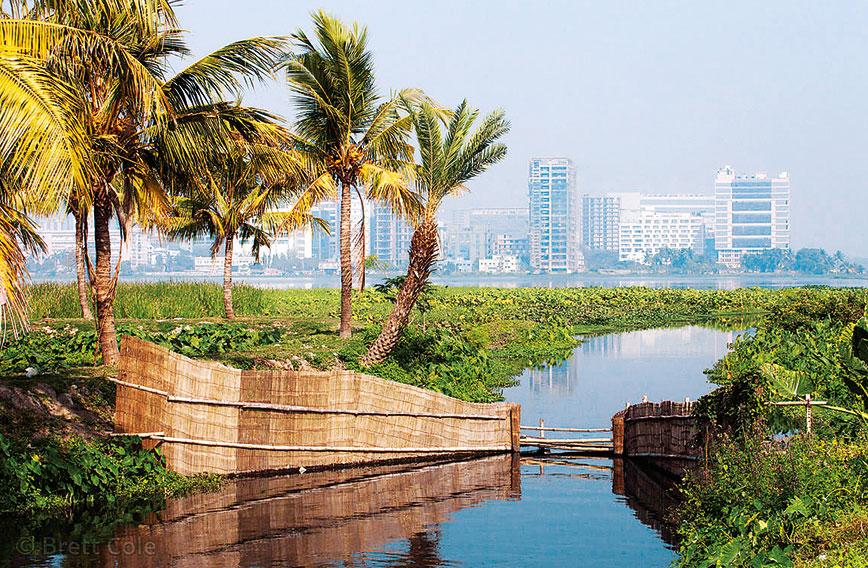 In December the National Green Tribunal’s (NGT) principal bench delivered a flurry of final hearings and judgments. The chairperson, Justice Swatanter Kumar, was completing his term and there were some crucial cases that required closure.

One related to the legal question of whether building and construction projects were exempt from stated environmental approvals and if the environment ministry’s move to modify these was legally valid. In a strongly worded judgment on 8 December, the tribunal pronounced an important verdict.

Exactly a year ago, in February 2017, this column outlined how the real estate sector had been negotiating to not come under the purview of environment regulation since the early 2000s. When construction activity was booming, its impacts on wetlands, farms, groundwater and forested areas were clear and visible. Ensuring that projects required prior Environment Impact Assessments (EIAs) was considered important and the EIA notification was amended in 2004 to ensure this was made mandatory.

However, on 9 December 2016, the environment ministry allowed construction projects between 20,000 square metres and 150,000 square metres of built-up area to carry out construction activity without environment clearance or consents under air and water pollution related legislation. Instead, local authorities would grant integrated environmental conditions with the building permission and state governments would build these into existing building bylaws.

One interesting legal question raised in the application, while demanding the amendment be quashed, was that “ease of doing responsible business cannot be in fact and in law the ground for making an amendment to environmental laws, as it primarily falls beyond the scope of the object and purposes of environmental laws in force. It is only a ploy to circumvent the provisions of the environmental assessment.”

This is because the environment ministry had justified the need for the amendment on the grounds that it would promote ease of business and help the implementation of the Prime Minister’s flagship ‘Housing for All by 2022’ scheme.

The 53-page NGT judgment is a point by point analysis of how the environment ministry’s December 2016 amendment significantly dilutes the provisions of both the EIA notification of 2006 and its parent legislation, the Environment Protection Act, 1986. The principle of international law that the tribunal applied here was the ‘doctrine of non-regression’ which enforces the premise that ‘environmental law should not be modified to the detriment of environmental protection’.

Interestingly, the judgment makes a broader observation while arguing why this principle is so important. Today, it says, “environmental law is facing a number of threats such as deregulation, a movement to simplify and at the same time diminish, environmental legislation perceived as too complex and an economic climate which favours development at the expense of protection of environment.”

The judgment then emphasises the ‘precautionary principle’ and concludes that it is the cornerstone of environmental jurisprudence in the country. This issue is important for the December 2016 amendment because the conditions listed by the amendment are not comprehensive and “are only a tick-box exercise taken by the project proponent without any prior environment assessment process.” This is especially so when it comes to the impact on ecologically sensitive vulnerable areas.

The NGT judgment, while regarding the amendment as retrograde, says that it takes regulatory oversight back to the pre-2004 scenario when there was hardly any environmental scrutiny. This is a problem because the reason construction projects were brought under the EIA process was because local bodies had failed to comply with environmental norms.

Before drawing final conclusions, the judgment relies on the observations of the Comptroller and Auditor General (CAG) in 2016 which also state that urban local bodies had not performed on environmental grounds. Therefore, by such devolution of powers, the ministry failed to fulfil its statutory responsibilities. It also brings up the recommendations of the Kasturirangan Committee set up by the ministry in 2012 specifically to review the notification’s applicability on the building and construction sector.

One fascinating question the judgment dealt with is whether the ministry’s notification is legally valid in the first place. The notification was amended using the provisions of Section 3 and Rule 5 of the Environment Protection Act (EPA), 1986, that allows the government to prohibit or restrict industrial activities and processes. The EIA notification is therefore subordinate legislation under the EPA and extends itself to reducing the scope of two other pollution control laws related to air and water.

“This lacks legislative competence,” concluded the NGT as EPA clauses do not permit an amendment which says that building and construction projects of a certain size are exempt from securing consent that is mandatory under two other laws, that is, the Air Act, 1981, and the Water Act, 1974.

What is interesting is that the judgment does not uphold the argument that Housing for All should not have been the justification for such an amendment. In fact, the judgment concludes that the object of the notification is laudable. But it should not get defeated by business, economic profitability with reference to ‘ease of doing business’, which ironically was the other objective cited in the preamble of the amendment.

The final result of year-long litigation is that the environment ministry has to review its 9 December 2016 amendment, which now stands quashed. Given the legal infirmities and the principle of non-regression the NGT judgment has emphasised, there is no other option for the ministry now.