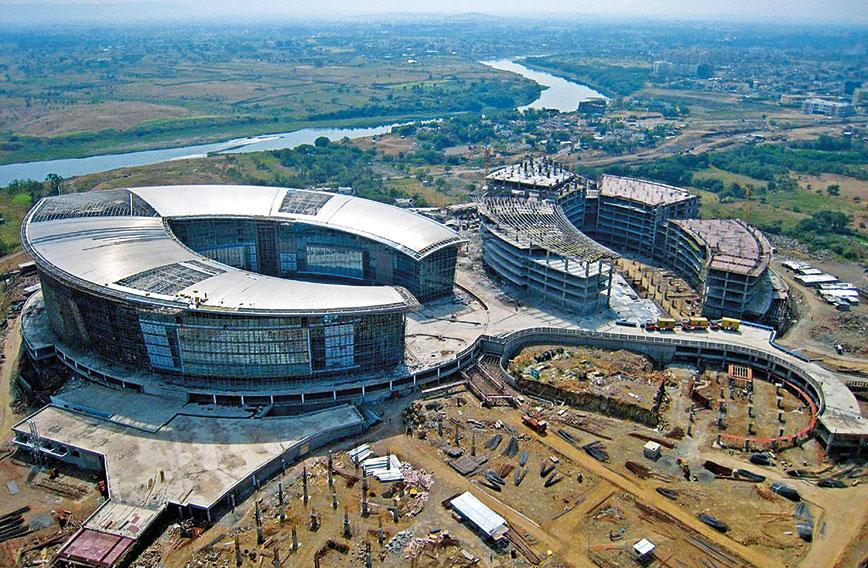 On 27 April, the environment ministry issued an Office Memorandum (OM) clarifying how projects operating within existing industrial estates, parks and regions could be exempted from the requirement of carrying out public consultations.

Any circular mentioning the word ‘exemption’ becomes suspect. More so at a time when environment regulation is being constantly tweaked and changed to create space for ‘ease of doing business’.

Alarm bells go off even more when a government missive mentions public consultations. After all, this process under the Environment Impact Assessment (EIA) notification has opened up a critical space for affected communities, researchers and civil society organisations.

In fact, the public hearing — one component of this consultation process — is the only opportunity that allows citizens to come face to face with government authorities, project proponents and the consultants who prepare EIA reports. It is also an important step because it can inform the expert level appraisal whether an environment approval should be granted or not.

When the EIA notification was revised in 2006 it formalised the requirement for industrial estates, parks, regions and special economic zones (SEZs) to seek an environment approval before initiating construction activity. This, despite the fact that the land might have been purchased or SEZ status might have been accorded under the controversial 2005 SEZ Act.

However, the notification had two exemptions. First, all projects and activities within an already approved SEZ, industrial estate, park or region as defined in Section 7 (c) of the EIA notifications schedule of industries, did not need separate public consultation.

The 2006 notification mentioned that if these individual units were homogenous types of industries or  a ‘pre-defined set of activities’ within the zone or park, then they did not need a separate environment clearance.

The recent OM lays out all those instances where public consultations will not be required for individual projects located within zones, estates or parks, as defined in Section 7 (c) of the EIA notification. These are:

The exemption from public consultation is for projects and activities located within estates or parks notified even before the 2006 EIA notification was issued and those which received environment clearance after this notification.

The exemption is also applicable for projects and activities which have been issued a Terms of Reference (ToR) for an EIA, even before an industrial estate or SEZ (as defined in Section 7 (c)) was granted environment clearance. This is as long as their ToR is valid.

However, this exemption will not apply for 13 categories of individual units even if they are operating within an estate or park with an environment clearance or where there is a valid ToR. These are thermal power, nuclear power, coal washeries, cement plants, pulp and paper, sugar, asbestos, petroleum refining, coke oven plants, skin/hide processing, distilleries, mineral beneficiation and metallurgical industries.

Since 2014, the environment ministry has issued three other memorandums. The 2018 version now replaces those.

The first clarification of 16 April 2014 had stated that such exemptions were only for projects or activities that had obtained environment clearances. On 10 December 2014 the exemption was extended to those industrial estates and parks that had been notified prior to the 2006 EIA notification. And on 4 April 2016, the ministry clarified that public consultations will be required for 13 sectors that also find place in the 2018 OM.

A reading of this gives us a sense of how exemptions from public consultations have been gradually extended and expanded for individual units within SEZs, industrial zones and parks. Thirteen specific sectors were called out, so the exemption from public consultations will not be applicable to them. But this also came only in 2016, 10 years after the exemption was first put in place.

The latest OM pulls together all earlier clarifications. In doing so, it also adds one more exemption — individual units within SEZs and parks can go ahead with seeking approvals without a public consultation as long as they have a valid ToR. This is even if they are not part of the pre-defined set of activities in the industrial park or SEZ, which might have been at a later date.

In addition it reads

“The exemption from public consultation, as provided under para 7(i) lll State (3)(i)(b) of the EIA Notification, 2006, is also applicable to the projects or activities (located within the industrial estates and parks), which were granted Terms of Reference (ToR/Standard ToR) prior to environmental clearances to such industrial estates/parks, subject to the validity of the ToRs.”

This could lead to a situation where ports and harbours, shipbreaking yards, airports, pesticide manufacturing units or chemical industries can go ahead with environment clearances without public consultation, even if the industrial estate, park or SEZ has been granted approval for another purpose, for example, petrochemical, oil or even biotechnology. This is because their ToR for an environment clearance pre-existed and is valid.

If this is indeed the case, then citizens’ scrutiny of the clearance is imperative. We might think that an industrial estate is being set up only for biotechnology but suddenly find a chemical industry or soda ash industry being set up instead because their ToR pre-existed the SEZ’s environment clearance.

Many of us might have simply missed seeing this clarification. The ministry does not tell us what prompted it. Was it the urgent requirement of a particular project that led to the exception being extended? We may never know unless we try to find answers. So let’s keep an eye on how this is going to pan out. The implications might take us by surprise the next time we are tracking a project, participating in a public consultation or doing research on it under India’s EIA notification.