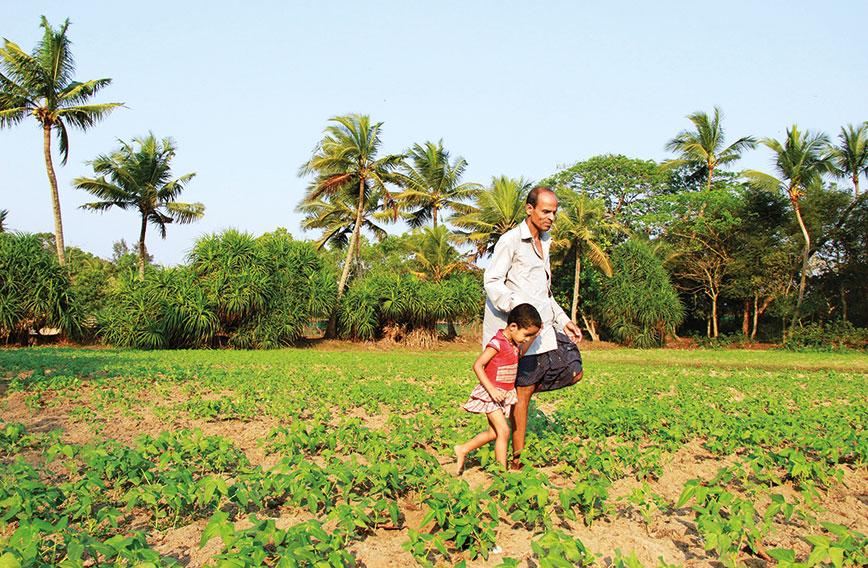 Onus on govt for land acquired

When people’s movements and researchers welcomed India’s new land acquisition law in 2013, it came with one caveat. The colonial 1894 law had allowed the government to exercise its powers of eminent domain only for public purpose, whereas the new law made it possible for the government to do so for private companies too. It was concluded that this was made possible by expanding the definition of public purpose to include public-private-partnerships (PPP) within its scope.

A recent judgment of the Gujarat High Court brings out a very interesting facet of the 1894 law. Moreover, the observations of the court have a significant bearing on those seeking repatriation of land that has been acquired but has remained unused for five years or more.

The 1894 clause: Few of us knew of its existence. The 1894 law had a specific clause which allowed governments to acquire land for private companies. The specifics have been prescribed in Part VII of the law. This section contemplates that the government can acquire land for private companies provided it is for “public purpose” along with clearly defined terms and conditions for acquisition. Separate rules of this section have been defined under the Land Acquisition (Companies) Rules, 1963.

When governments get into such agreements with private companies, one crucial issue on the table is responsibility. Who is accountable when the terms are not fulfilled? These agreements could require a government department to collaborate with a project proponent to achieve legal compliance. Beyond financial contracts these include legal requirements for acquiring land, payment of compensation and taking possession of the land, all of which are critical in ensuring that the acquisition process is complete.

The case: A group of farmers from Jamnagar in the Saurashtra coast of Gujarat had been resisting the acquisition of their land for about a decade. A large Indian multinational had claimed that the farmers who had refused to receive compensation comprised five percent of the land required for the operations of the Special Economic Zone (SEZ). The company claimed it was right, as it had received the required consent from the state government of Gujarat and had deposited the required amount in the government’s coffers.

The court had two sets of contentions before it. The farmers had approached the court asking that the repatriation clause specified in Section 24 (2) of the 2013 law should apply to them. This is one of the few critical sections of the Right to Fair Compensation and Transparency in Land Acquisition, Rehabilitation and Resettlement (RFCTLARR) Act, 2013. It pertains to situations when land has been ‘acquired’ under the 1894 law but is in various stages of the legal process of acquisition being complete, i.e. payment of compensation or taking physical possession of land or both.

One such instance is clarified in Section 24 (2). It applies to instances where land has been acquired under the 1894 law, but no compensation has been paid and possession is still with the original landowners for five years (or more) after acquisition. In such cases the proceedings are considered to have lapsed. If the government desires, it can reinitiate the process under the new law including the requirement of consent and social impact assessments.

The company, on the other hand, challenged the very constitutionality of Section 24 and called it unreasonable along with extinguishing the right of the company to obtain possession. Their contention was that the old law did not define any timelines within the possession of land. The inclusion of Section 24 in the new law was too sudden and did not give any transition time. The company should not be penalised, it was argued, for the lethargy of the government for not ensuring that possession was handed over.

The central government did not agree with the company’s contention. It held that the legal clause had legislative competency and therefore was “constitutionally valid and not ultra vires.” It also submitted that their observation was undisputed that possession had not been taken from the appellant farmers.

the judgment: All eyes were on the Gujarat High Court and on 11th November the judgment was delivered. The court held that while 24 (2) would apply for all acquisitions made for government use, it needs to be “read down” when it comes to land acquired by the government for private companies.

The judgment gives two reasons. First, the enactment of the new law does not give any breathing time for compliance to a private company. Secondly, the onus of delay rests on the government with whom the private party has entered into an agreement. This is because private companies cannot finalise the acquisition process of notices, compensations and possession on their own, and such processes can be done only through the government. Therefore, if the government cannot meet its obligations, the private company should not be penalised.

Such a judgment has national level implications. It means that all those who are in possession of their land and have not received compensation, just like the farmers in Saurashtra, cannot avail the benefit of Section 24 (2) if the acquisition was for a private company using Part VII of the 1894 law. Today its applicability has been stayed with a challenge in the Supreme Court, and the conclusion there can tilt the balance of justice any which way.

Meanwhile the logic of the Gujarat High Court’s judgment is for all of us to debate and deliberate on.