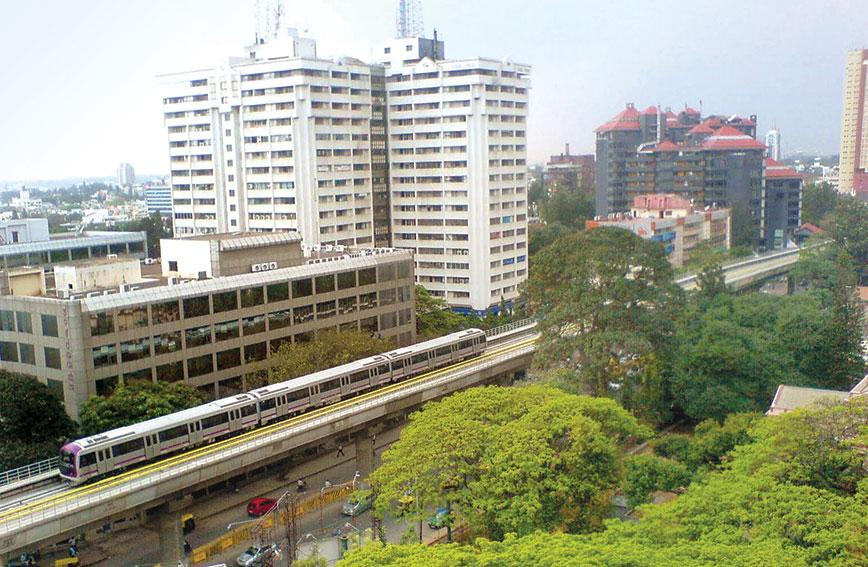 Just 12 years after building and construction projects first came under the purview of the Environment Impact Assessment (EIA) regulation there is a major turnaround. In an amendment to the EIA notification of 2006, issued on 9 December 2016, the environment ministry has assured the sector that if “objectives and environmental conditions that can be monitored” are included in the permissions granted to building by-laws and related permissions, then no separate environmental clearance will be required from the ministry.

The notification states upfront that this decision is in response to suggestions received to enhance “ease of doing responsible business” and streamlining permissions in the light of the government’s ‘Housing for All by 2022’ scheme, which is a flagship programme of the prime minister. While this decision requires a review, a careful look into the negotiations that the building and construction sector had on environment regulations and responsible institutions since 2004, provides a crucial background to the case.

On 7 July 2004, the jurisdiction of the EIA was extended to construction projects such as “new townships, industrial townships, settlement colonies, commercial complexes, hotel complexes, hospitals and office complexes”. What this essentially meant was that most real estate and construction projects which required investments of `50 crore and would discharge sewage of 50 litres per day, could not be set up anywhere in India without an assessment of their environmental impact and a public hearing.

But this was soon to change. The real estate sector and its associations were not happy with this inclusion. When the EIA notification of 1994 was being reviewed for its 2006 version, there was a move from both the Prime Minister’s Office (PMO) and representatives of construction-related associations to say that the sector is not damaging enough for environmental scrutiny.

Comments submitted by a reputed builder said: “Real estate development is by nature non-polluting, non-hazardous and environment-friendly and is subjected to close monitoring; therefore, it needs to be exempted.” It was argued that construction is a low-impact activity and should not be clubbed with more polluting activities such as industry and mining.

The environment ministry had argued that a full and detailed environment clearance process be applied to building, construction and real estate projects. Eventually, the EIA notification of 2006 did include a process of environmental scrutiny but of a limited nature. All building and construction projects equal to or greater than 20,000 sq m and greater than 150,000 sq m built-up area were placed under Category B projects, to be approved by a state-level regulatory agency and without a full EIA and public hearing. Similarly, all townships and area development projects covering an area of 50 ha and above or a built-up area of 150,000 sq m and above required the same level of scrutiny.

Over the years the negotiations continued, with clarifications and amendments ongoing. In 2011, it was clarified that the general condition of the notification, which upscales all B category projects to A (as high impact) and seeks approval from the central government, did not apply to construction and building projects. This condition applied to all projects within 10 km (now reduced to five km) of national parks, sanctuaries, ecologically sensitive areas and inter-state boundaries.

In 2014, a range of construction activities was exempted from the building and construction projects, including schools, colleges, hostels for educational institutions as long as they followed parameters for sustainable environmental management, waste management, water harvesting, use of flyash bricks and so on.

Even as we try and analyse this notification, state governments are already in the process of forwarding proposed changes in their by-laws to the Union environment ministry. Once examined, the new process will fall into place. Building and construction projects, including those exempted in the EIA notification, will simply have to follow an online submission process. Once all the necessary documents are uploaded along with an environmental appraisal fee, a special Environment Cell will do a review, following which a specialised expert committee will suggest conditions to be included within the building permission. No separate environment clearance will be issued. The task of monitoring the conditions included in the building permissions will rest with state governments.

In addition, the notification says that two additional permissions related to air and water pollution will not be applicable to building and construction projects. With this the amendment extends itself into a discussion on not just whether the above level of environmental scrutiny is adequate but a larger legal issue of whether subordinate legislation, issued under one law (in this case the Environment Protection Act, 1986) can actually put in place exemptions that apply to two other national laws. The prevention of air- and water pollution-related consent needs to be done under two separate national laws of 1981 and 1974, respectively.

Back in 2005, CREDAI, the apex body of private real estate developers associations, had argued that the real estate sector be removed from environment clearance processes. Further, the EIA should be done at a macro level with master plans, development plans and regional plans. A close version of what was being pushed back then is now in place, and being legally challenged before the National Green Tribunal.

The author is a researcher and writer; Email: kanchikohli@gmail.com