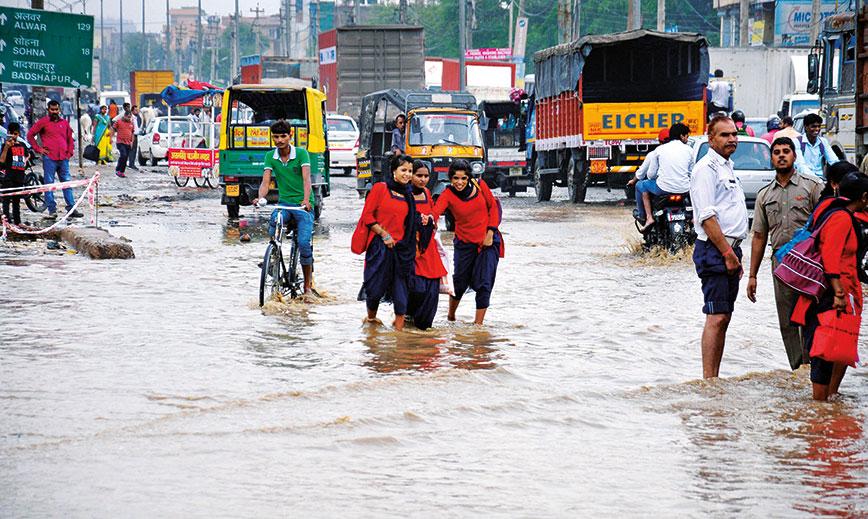 Urban governance is a failure

In 1992, the Constitution of India underwent two seminal amendments — the 73rd Amendment for rural areas and the 74th Amendment for urban areas. Twenty-five years later, it is apparent that while the 73rd Amendment for Panchayati Raj has worked quite well, the 74th Amendment for city governance as the third tier of our government system has failed miserably. One wishes that Bhure Lal, then secretary, rural development, and the late K.C. Sivaramakrishnan, then secretary, urban development, had exchanged notes and aligned themselves on the best way forward for third-tier governance.

Today, it is safe to conclude that when it comes to urban areas, the third tier of urban governance is emasculated and is a vassal of the state government, leading to the declining quality of life in our cities and towns.

“Implement the 74th Amendment” is often a rallying cry for civic activists with an emphasis on two bodies — the Metropolitan Planning Committee (MPC) and Ward Committees — for citizens’ participation as a quickfix for our urban woes. Unless carefully crafted and truly representative, these bodies do not necessarily foster true democratic local government. Civil society’s demand to have ward committees with their nominees will end up making them representative of elite interests, excluding other sections of society. The MPC has not worked effectively anywhere in India barring limited success in Kolkata. In Bengaluru, it is a token body under the chief minister, which is used as a convenient tool to bypass court strictures of due process not being followed.

As per the 74th Constitutional Amendment Act (CAA), a new third tier of government at the municipal level emerged within the previously two-tiered federal system of the centre and the states. Aimed at enabling urban local bodies to perform as vibrant democratic units of self-governance, a series of important functions were entrusted to municipalities.

To manage these concerns and functions, Article 243ZE in the 74th CAA provides for the setting up of a Metropolitan Planning Committee. While state legislatures may decide on the jurisdiction, composition, and seat filling of the MPC, not less than two-thirds of the members shall be elected by and from the elected members of the municipalities and chairpersons of the panchayats in the metropolitan area in proportion to the ratio between the population of the municipalities and of the panchayats in that area. Due to legacy governance and administration issues as well as political considerations, it has been difficult to implement the MPC across states, as stated earlier.

The first and relatively more successful MPC was constituted in Kolkata in 2001 with a term of five years. Over time, five sectoral committees were set up to deal with aspects such as infrastructure, transportation, education, health, employment, and environment. These sectoral committees were considered reasonably productive, while the MPC meetings themselves were prone to more grievance redressal than planning for the future. The Mumbai Metropolitan Planning Committee was to be set up as per the Metropolitan Planning Committee (MPC) Act, 1999, but did not move beyond a few meetings that were again largely grievance redressal-oriented.

Other states such as Andhra Pradesh and Gujarat have enacted enabling legislation though not much follow-up action has been taken by their respective metropolitan cities. Cities in Kerala, Nagpur and Pune, too, have set up MPCs. Most MPCs, however, have been non-starters. Interestingly, a new draft law is underway in Maharashtra, where a Metropolitan Region Development Authority at the state level headed by the chief minister will come in to blur the boundaries of municipal and city limits, tightening the role of the state in various cities other than Mumbai.

Decentralisation was meant to move beyond the city scale down to the ward scale where ward committees are required to be set up across one or more wards depending on the population and is enabled by the 74th CAA under Article 243S. This was to enable public participation at the neighbourhood level while ensuring accountability of the ward councillor. But while MPCs have at least been constituted on paper in many cities, the ward committees have seen negligible implementation. Wherever constituted, they are filled with cronies of the councillor. In Karnataka, where a citizen participation law was enacted, the councillor has veto powers over the ward committee. In such a situation, citizens are understandably wary of participating in local decisions which can be easily overruled.

While the 73rd CAA created three different levels of rural self-government with panchayats at village, intermediate, and district level, the 74th Constitutional Amendment does not have a similar multi-tiered governance framework. Although the 74th Amendment provides for the formation of ward committees at the local level and district and metropolitan planning committees above the level of the municipality, these are not distinct tiers of local government. It is ironic that while rural areas with low population are provided with three distinct levels of local government, in India’s mega-cities, power is centralised in just one body, the Municipal Corporation. This is one of the fundamental weaknesses of the 74th Amendment.

As Indian cities struggle to meet even basic needs in the era of Smart City programmes sold as a panacea for our woes, we must revisit the existing governance and administrative power structures in urban India. There is serious need for reform with differential approaches for megacities, mid-sized cities with a population of one to three million, growing cities with 300,00 to one million  population, and smaller towns. Our end solutions can take various shapes based on specific requirements but at its heart must be the political empowerment of the third tier of local city government and accountability.

We will be living in a fool’s paradise if we believe that just demanding the implementation of the 74th CAA will fix the bulk of our urban problems. It has lacunae that need to be addressed in keeping with the times, using principles of democratic accountability and strengthening of administrative structures.