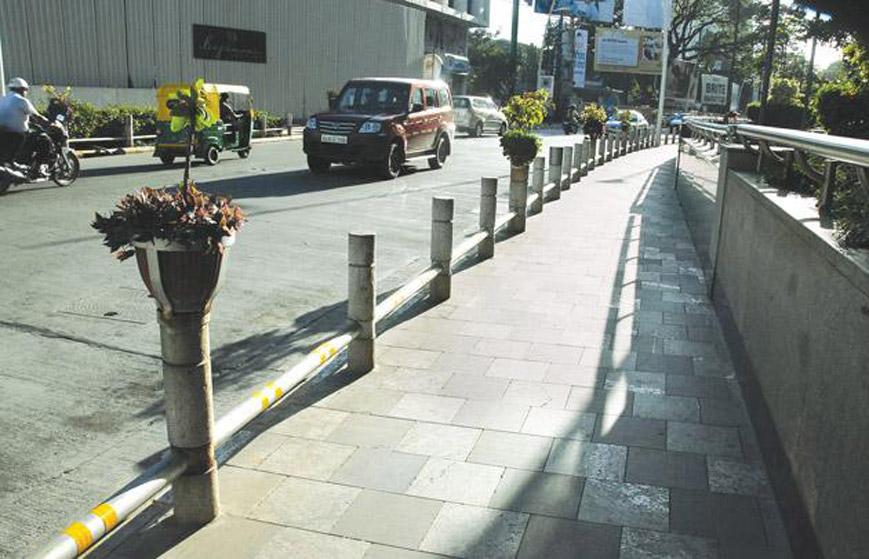 This column appeared in March 2014

Last month the Annual Survey of Indian Cities (ASICS) released by Janaagraha comparing 11 Indian cities with London and New York saw Bangalore feature near the bottom across most indices of city living including mobility. Another global exercise saw Bangalore race to the bottom 10 on mobility – one gathers even Delhi features low on the global list. The question that arises is whether Bangalore’s mobility situation (particularly public transport) is really that dismal to merit the very low scores in surveys within and outside the country.

First, let’s attempt the local defence mechanism that kicks in anytime unpalatable news breaks out. As per the last census, Bangalore’s decadal growth of 48 per cent is the largest in the country among cities with greater than one million population. This kind of growth would have tested the best and brightest political and administrative talent operating in cities with empowered city mayors. India has dysfunctional governance systems at the third tier with urban land transit departments as mere pen pushers. The leadership lacks vision and urban administrative skills are non-existent. This creates a perfect storm and in Bangalore that leads to traffic gridlock and poor mobility across all modes (including walking).

Across Bangalore there are large road and public transport (Metro) infrastructure projects underway, albeit to a delayed schedule. The city has a Mohenjo Daro excavation kind of look and this is visibly apparent to any person who comes here. The optimists make the case that all will be well on the mobility front once these projects get over. One lives in hope.

Let’s break down mobility into its constituent modes of pedestrians, non-motorized (cycles), public transport and motorised private transport and check out the ground reality in Bangalore. It’s an unfortunate truism across India that pedestrians get what’s left of the road. Bangalore that has great weather for most of the year can build its positioning around a walkable city by provisioning wider, uniform footpaths. Currently it scores low on pedestrian access which is so critical for the urban poor. However, pilot road tenders for about 25 roads (30 kms) in the city centre at a budget of `300 crores under project Tender SURE (a Bangalore City Connect initiative; disclosure – the author is an advocate of the platform and the project) will be watched to see if it moves the needle on pedestrian walkways. The project is conceived with pedestrians at the heart of the planning. The Metro rail authorities who are part of the project have conceded that for viability, good  access to the Metro stations on foot (at least 250 metres) is necessary.

Coming to bicycles, it is the brave, daring cyclist who hits Bangalore’s roads these days. In the city centre there are automated bicycle lots but these are rarely used due to limited reach and the lack of safe lanes for them.  In Jayanagar, they had marked bicycle lanes but within a week of the launch, the motorised vehicles reclaimed the lane elbowing out the cyclists. The 25 roads city centre project has been designed with cycle lanes that keep out the motorised vehicles. One will have to see how it pans out in implementation.

Public transport consists of an over 5,000 bus network, a seven- km Metro corridor, auto rickshaws and a few taxis (mainly airport pick up and drops). Praja, a group of civic activists came up with a plan for a commuter rail for Bangalore using existing infrastructure but it is caught up in bureaucratic processes. Bangalore is one of the few cities which has a good high-end (air conditioned, low floor) bus system that is popular and profitable. Another profitable operation has been the Big 10 buses which run on 10 arterial roads on a pre-fixed stretch with rapid frequency of five to 10 minutes.  This is essentially a direction oriented system. One would have thought that the authorities will build on this to set up more direction oriented buses but this has not happened. The emphasis is still on destination oriented buses with longer wait times. And the bus boards are mainly in Kannada making it difficult for folks to understand where the bus is headed. The metric of the bus authorities is the number of buses added every year and not movement efficiency and safety record!

The Metro rail needs to be completed for its impact to be felt. Currently the five station, seven- km stretch is more in the nature of a toy train since it does not provide end to end connectivity. The worrying aspect of the Metro plans is the lack of holistic mobility planning at all stations. There is need for inter modal transfer at the stations. Lack of space has handicapped provisioning for multiple modes near the station. If the Metro is to be successful in reducing transport woes, integrated thinking across all transport modes (including walking and cycling) is needed. Alas the governance mechanism does not have a transit integrator who has the authority to make it happen.

The pampered lot on Bangalore’s roads are the two and four wheeler motorised vehicles. But with so many of them (four million and rising) and pot-holed crumbling road infrastructure there is traffic grid lock. This despite a state-of-the-art traffic management centre (BTRAC) that generates over Rs. 60 crores by way of fines. There is talk of congestion charges but this will not be viable till alternate public transport options kick in. Parking lots are visible by their absence and road side parking on arterial roads impacts travel speeds significantly.

Bangalore is on its back when it comes to mobility. The good news is that when on one’s back, everything looks up. There are initiatives in silos to improve traffic and transportation but unless there is an empowered authority that can string all the initiatives together into a composite mobility solution, Bangalore will continue to feature in the dismal lists.