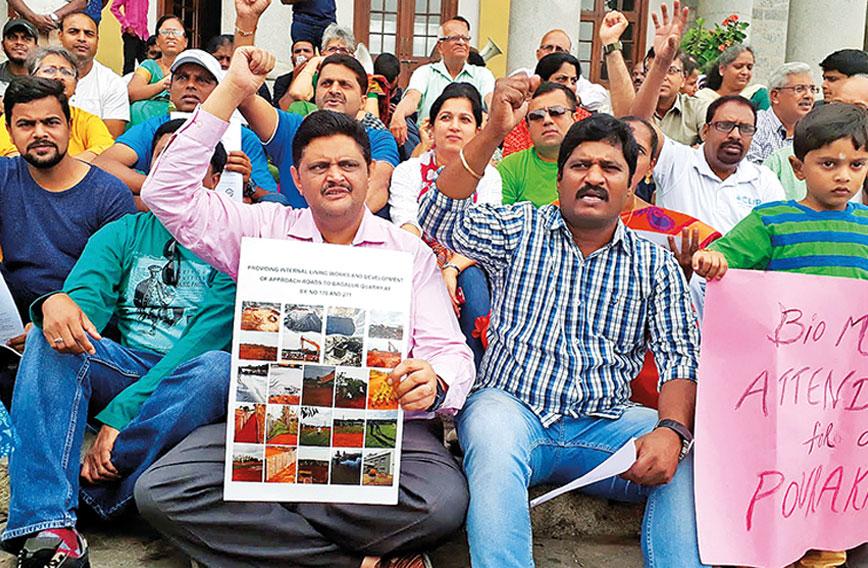 Citizens got candidates to listen

In the run-up to the Karnataka elections, one was reminded of the song from The Sound of Music — “how do you solve a problem like Maria, how do you catch a cloud and pin it down … how to make her stay and listen to all you say….” This certainly was the case with the candidates. How does one get them to commit and be held accountable when they are masters of doublespeak, pinning blame on others and evading responsibility?

There was the purists’ view about the state’s legislators being responsible for passing laws and that expecting them to solve local civic issues was not justified. But the reality in our cities is that the state government calls the shots and citizens expect MLAs to mediate between the corporators and the multiple government agencies to get a better deal for the constituency. If the MLAs did not wish to get involved in fixing local civic problems, then they needed to pass laws to truly empower the third tier of city government. And for the record, the crowds outside an MLA’s place expecting local solutions are an indicator of citizen expectations.

So, in Bengaluru and other parts of the state there were the usual cries for accountability given that the candidates were ready to sing for their supper. Traditionally, we have struggled with how to hold elected leaders to account except for voting them out. Bengaluru has its share of problems, but it arguably has more involved citizens per capita than any other Indian city. The Resident Welfare Associations (RWAs), Apartment Federations, Citizens for Bengaluru (CfB), Bengaluru Political Action Committee (BPAC), Namma Bengaluru Foundation (NBF), Citizen Action Forums, Janagraha and multiple NGOs are active in demanding a better city and greater accountability.

This time around the groups got innovative about getting candidates to commit to their plans. Thanks to social media’s reach many groups did one-to-one interviews with the candidates and put them out for their groups and others to see. There were citizen and RWA groups that, through blackboard sessions, identified eight to10 specific concerns that needed fixing. These typically related to roads, traffic, garbage, water, environment, open spaces, safety, commercial establishments in residential areas and so on. They evolved their own manifestos which they wanted candidates to sign up for. And they often succeeded.

Next, many of the groups with shared interests held town hall sessions with the leading candidates. The first striking thing about these sessions across the city was that the candidates came on time for the discussions. It gave one the idea that we need to find ways and means to keep leaders in perpetual candidate mode! One constituency RWA conducted the session sans any party mention against the candidate’s name. The citizens were interested in knowing what the individual could achieve for the constituency and party affiliations did not matter. They also let folks know that the winning margin the last time was a few thousands and exercising voting choice could result in a better constituency. There was a desire to counter the oft-stated view that the middle class does not vote. Many associations ran successful voter registration drives this year. Another innovation was that candidates were not allowed prepared opening remarks. They were told that they needed to listen to all views and would be allowed short closing pitches.

Many of these new age community managed debates stayed away from past track records since that makes for acrimonious finger pointing and citizens are best placed to assess past performance on their own. So the debates focused on the future in terms of the pressing problems in the constituency, candidates’ solutions and specific commitments they were willing to make. In one group there was an interesting question posed — all candidates spoke about what they would do if they won. But what if they lost? Most candidates were not clear how they would engage with local issues if they lost. One felt there is a case for a shadow MLA to keep the elected one on his toes. Another interesting commitment one group got from their candidates on record was their willingness to supervise projects and put their supervision reports online. If such ‘on camera’ promises result in transparency in governance, it would be a major achievement.

These discussions led to some interesting lines of thought. Citizens wanted MLAs who could deliver under constraints. For instance, citizens were tired of hearing excuses that an MLA could not be effective since his or her party was not in power at the corporation or state level. Or, the MLAs’ inability to work with corporators of another party in their area. They wanted their representative to show intent and capability to provide desired outcomes in a dysfunctional system. While the sessions typically lasted 90 minutes, the videos put out in the groups were 10-minute clips covering the views of all candidates on a subject or their closing pitches.

The Bengaluru Restructuring Committee (of which this writer is a member) had made the case for a separate Act for Bengaluru allowing for political and administrative decentralisation through multiple corporations, strengthening ward committees and integration at the city level through a Greater Bengaluru Authority. The interesting development was that all parties and many candidates agreed that they supported the idea of a separate Act for Bengaluru. But, reading between the lines, it was clear that they had different ideas on what the Act would contain in terms of politico-administrative or just administrative decentralisation. What sounds like a winning commitment depends on how it finally pans out!

The key takeaway from the community-led candidate events was that it was possible to have informed, civilised dialogue among political parties. This is possible if the candidates are willing to provide thoughtful answers to data-driven questions and if the outlook is to find solutions that are fair and equitable. In the age of slug fests and name calling on TV, it was a refreshingly civilised exercise. In coming years one will hopefully see a shift to these kinds of engagements between citizens and candidates, particularly in urban areas.