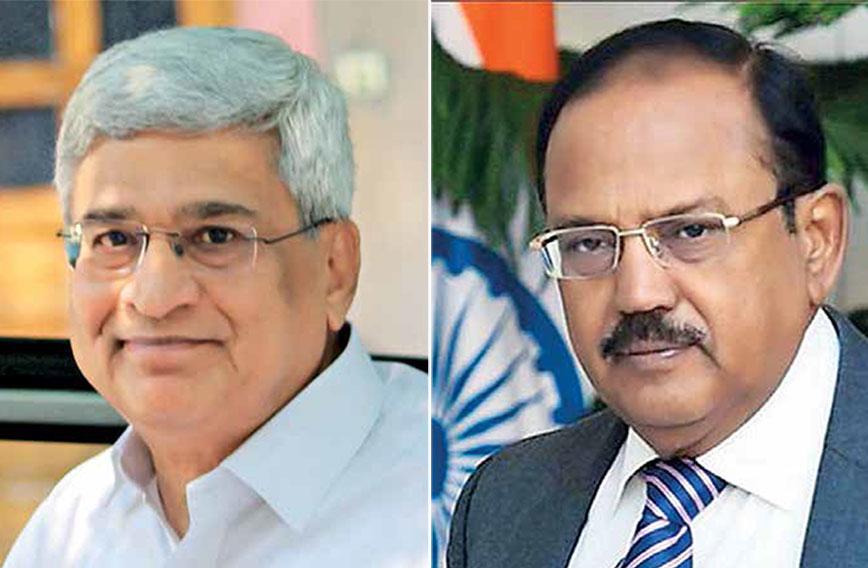 State and civil society, from Karat to Doval 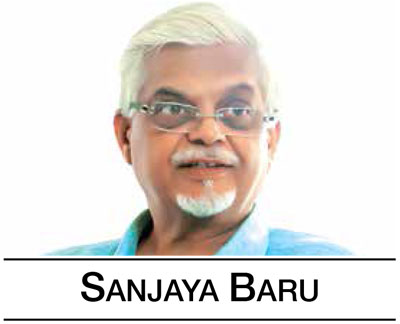 Ajit Kumar Doval, India’s National Security Adviser (NSA) and a retired officer of the Indian Police Service, set the cat among the pigeons in November with an address to IPS probationers at the Sardar Vallabhbhai Patel National Police Academy with these words: “The new frontiers of war, what you call the fourth-generation warfare, is the civil society.” Wars, he declared, have ceased to become an effective instrument for achieving political or military objectives. They are too expensive or unaffordable and, at the same time, there is uncertainty about their outcome. It is civil society, he concluded, that risks being “subverted, suborned, divided, and manipulated to hurt the interests of a nation”.

Rebutting the NSA and joining issue with her former civil service batchmate, the distinguished civil society leader, Aruna Roy, argued that it was incumbent upon civil society activists to in fact ensure that the State and its agencies adhered to the values and principles of the Constitution and that civil society is not an enemy of the State.

The views expressed by Doval and Roy echo similar arguments that date back almost half a century. It was the former general secretary of the Communist Party of India-Marxist (CPI-M), Prakash Karat, who in fact fired the first salvo against the growing political activism of what he called ‘action groups and voluntary agencies’ and what have come to be called non-governmental organisations (NGOs).

A simple and useful definition of an NGO is provided by the Global Development Research Centre: “A non-governmental organization is an independent, flexible, democratic, secular, non-profit people’s organization that usually works for and/or assists in the empowerment of economically and socially marginalized groups.”

Drawing attention to their role in civil society in a famous essay published in the CPI (M) party journal, The Marxist (Vol.2, No.2, 1984), Karat wrote:

“There is a sophisticated and comprehensive strategy worked out in imperialist quarters to harness the forces of voluntary agencies and action groups to their strategic design to penetrate the Indian society and influence its course of development. It is the imperialist ruling circles which have provided through their academic outfits the political and ideological basis for the outlook of a substantial number of these proliferating groups in India. By providing liberal funds to these groups, imperialism has created avenues to penetrate directly vital sections of the Indian society and simultaneously use this movement as a vehicle to counter and disrupt the potential of the Left movement. The party has to take serious note of this arm of imperialist penetration while focusing on other instruments and tactics of imperialism. An ideological offensive to rebut the philosophy propagated by these groups is urgently necessary, as it tends to attract petty bourgeois youth imbued with idealism.”

Karat’s 1984 polemic initiated a wide-ranging and long debate in India and overseas on the role of NGOs and their relationship to the State and mainstream political parties. Civil society activism and NGOs have been part of Indian political life for a long time. The freedom struggle and the Indian national movement drew its strength from civil society activism splintered into scores of what may be called ‘NGOs’ across the subcontinent. However, the sudden and rapid spurt of civil society activism through NGOs in the post-Independence period can be traced to five phenomena dating back to the 1970s and 1980s.

First, and perhaps foremost, was the imposition of the Emergency by the Indira Gandhi government in 1975 that drove a considerable amount of mainstream political activity underground and manifested itself in ‘non-political’ NGOs. Second was the post-Emergency boom in such activism with political leaders like Jayaprakash Narayan blessing various NGO activists and the Janata Party government extending official recognition to many. A third factor that contributed to the rise of NGO-sponsored civil society activism has been the growing demand for increased State funding for welfare and development programmes in the face of budgetary cuts forced by the worsening financial condition of the central and state governments.

In fact, it was the CPI (M)-led state government of West Bengal that made deteriorating Centre-state financial relations a major political issue, with state governments complaining that their welfare and development budgets were being cut back due to fiscal compulsions caused by growing centralization of finance and governance. Prime Minister Rajiv Gandhi’s attempt to get the Union government to directly deal with local government institutions, especially panchayats and zilla parishads, provoked state governments to complain about fiscal discrimination. Against this background, civil society organizations began demanding greater fiscal allocation for welfare programmes. Some state governments then decided to implement their programmes through NGOs, further empowering their developmental role.

A fourth factor, that Karat also drew attention to, was the interest that developed western countries and multilateral financial institutions dominated by them, like the World Bank, showed in directly delivering development aid to beneficiaries through NGOs rather than government organizations.

Karat quoted World Bank President Robert McNamara, who told a meeting of the Bank’s governing council in 1983 that the Bank should recognize the role of “new forms of rural institutions and organisations that will give as much attention to promoting the inherent potential and productivity of the poor as is generally given to protecting the power of the privileged”.

As World Bank president it was James D. Wolfensohn who gave NGOs a central role in the Bank’s programmes, laying the foundation for their semi-official status in all multilateral forums and conferences.

“In all its forms, civil society is probably the largest single factor in development. If not in its monetary contribution, then certainly in its human contribution and its experience and its history,” declared Wolfensohn, making the Bank organizationally recognize their role “in meeting the challenges of development and welcome the opportunity to work with civil society”.

NGOs have acquired a high profile in the functioning of the Bank, the World Trade Organization and so on, and at multilateral gatherings of these organizations and conferences on climate change and other global challenges. There is no denying the fact that several western governments have used NGOs to promote their national agendas in the garb of global good.

In the climate change debate it is moot whether western NGO activism and their accusations against developing countries have strengthened or weakened the global campaign for dealing with the challenge of climate change and carbon emissions. Sometimes the best can easily become the enemy of the good and NGO activism at the global level can end up preventing a reasonable consensus in its enthusiasm to secure the best possible outcome.

Finally, a fifth factor that has contributed to the rise of NGO activity has been the legislation of a corporate social responsibility (CSR)  law that requires corporate entities to invest in a given financial year two percent of average net profits made during the three immediate preceding financial years. The opening of this corporate tap has helped many genuine NGOs to substitute foreign funding with domestic funding. While there is the usual fraud in CSR that one encounters in other avenues of business, and while it is true that many companies are retaining CSR funds within their organization by promoting their own NGOs (BONGOs or business-organized NGOs), the CSR Act has also opened up new avenues of funding for many cash-strapped NGOs.

Karat’s essay provoked a fascinating debate in which such eminent activists and scholars such as Anna Hazare, Ela Bhatt, Rajni Kothari, D.L. Sheth, Harsh Sethi and B.S. Baviskar participated. Bhatt summed up a widely held view that “democracy and development require active and informed participation at the grassroots” and that this was what NGOs were enabling. In his presidential address to the 26th All-India Sociological Congress in 2000, titled “NGOs and Civil Society in India”, sociologist Baviskar attributed the rise of civil society activism to the ‘retreat of the State’ in many areas of development and the rise of ‘neo-liberal’ economics. Baviskar’s address remains relevant reading even now. (Published in Sociological Bulletin, Vol. 50, No.1, March 2001.)

While Karat saw the hand of ‘imperialism’ behind the increased role and influence of NGOs in India, Doval has not clearly defined who he is worried about. The fact, however, is that there is no one type of NGO nor does the data suggest that an overwhelming majority are either foreign-funded or anti-national. In fact, when the Narendra Modi government began exerting pressure on civil society organizations and NGOs through increased scrutiny of their finances and functioning, many drew attention to the fact that even the Rashtriya Swayamsewak Sangh (RSS) was a recipient of foreign funding. Those defending the RSS pointed to the organization’s welfare and developmental role and said foreign financial contribution was being used for the betterment of people’s lives. Much the same can be said for the work of an overwhelming number of NGOs, and everyone would have their own definition of welfare and development.

Interestingly, while the Bharatiya Janata Party (BJP) accused the Manmohan Singh government of giving undue space to NGOs in shaping public policy through the institution of the National Advisory Council, chaired by Sonia Gandhi, the BJP has also allowed NGOs including the RSS, the Swadeshi Jagran Manch (SJM) and several others to play an active role in providing policy advice to the government. If both the national political parties have found it useful to rope civil society organizations into the policy-making apparatus of the State there must be good political reasons. Perhaps they seek social and public legitimacy for government policies by showing that they are based on ideas emanating from civil society. This only reinforces the role of civil society organizations in public policymaking in a democracy.

It is testimony to the health of Indian democracy that all manner of NGOs do exist and function and that civil society remains active and vibrant, often in the face of extreme coercion by the agencies of the State. In itself, no democratic State should find fault with such organizations and should be able to make a clear distinction between NGOs that fit this bill and those that do not. The present trend of subjecting all NGOs to increased State scrutiny and harassment should stop. If indeed civil society has become a ‘war front’ due to NGO activity and there is a threat to national security from them it is up to the government to ensure that it has the capacity to monitor such anti-national and anti-social activity without subjecting all NGOs to avoidable scrutiny and bureaucratic harassment.