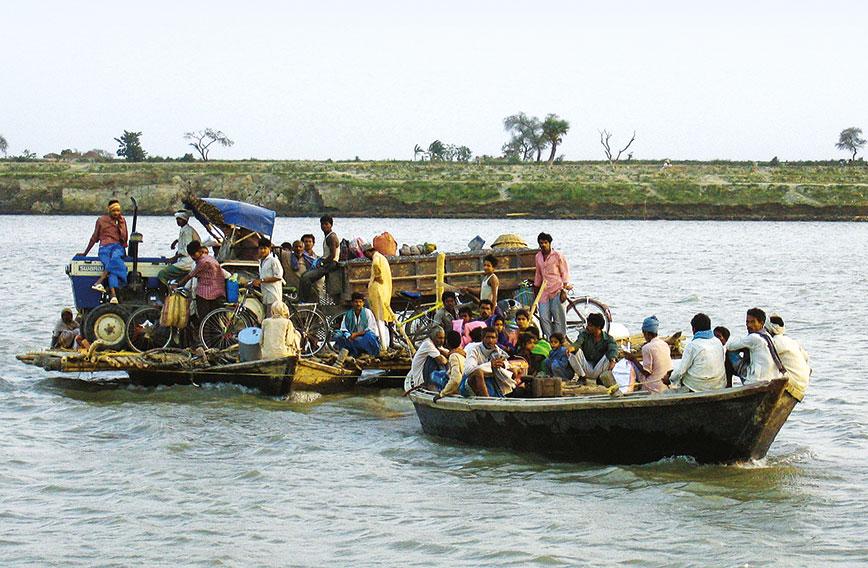 Someone must stand up against corporations 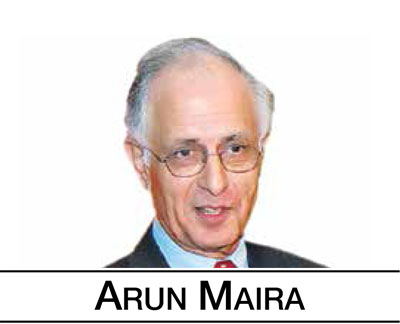 Fifteen years ago, Umesh and Rita Anand asked me to write a book for the corporate sector to explain what the civil society sector is and what it does. I found that difficult because I had spent my entire working life until then in the corporate sector and did not understand the civil society sector well enough. Instead, I wrote Transforming Capitalism: Business Leadership to Improve the World for Everyone, urging business leaders to change the way businesses were managed to benefit everyone, not just their own investors and employees. Since then, I have worked outside the corporate sector: five years as a member of India’s Planning Commission and the rest with civil society organizations. I now dare to write this essay to explain to civil society what it must do to improve the world for everyone.

We — that is, all humanity in the corporate, government, and civil society sectors — cannot carry on the way we have been for the past century, and more so in the last 30 years. At ‘the end of history’ (as Francis Fukuyama called it), with the demise of the ‘socialist’ Soviet Union and victory of the ‘Washington Consensus’ of ‘liberal’ economic policies, the role of governments was reduced to removing themselves from the path of the capitalist juggernaut. A higher ranking on the World Bank’s Ease of Doing Business index became a coveted honour for governments in developing countries. They were judged by how easy they could make investments of capital and production of business profits — and also the ease of taking the capital away whenever its owners wished to.

A “boundaryless”, “nationless” world for capital was the new vision of a liberated humanity, even as millions of people were losing lives trying to breach national boundaries, in small boats across oceans and ragged caravans on the ground. They were escaping the hopelessness in their own countries, ravaged by civil wars, often sown by colonial histories, and stirred by the continuing meddling in their affairs by governments and large corporations of the rich countries. History has not ended. The powerful continue to exploit the weak for further gains for themselves, which is a sad theme throughout human history, within nations and amongst nations. The continuing colonization of the lands of other people, and their cultures too, and its disastrous effects on the health of the entire planet, is explained, without any punches pulled, by Amitav Ghosh in The Nutmeg’s Curse: Parables for a Planet in Crisis and Mahmood Mamdani in Neither Settler nor Native: The Making and Unmaking of Permanent Minorities.

Someone must stand up for those who do not have economic and political power against the selfishness of corporations and the wrong policies of governments. Corporations have been taught that the business of business must be only business.  Governments have been weakened by the same ideas and are unable to improve the world for the majority of their peoples. To stand up for the people is the fundamental role of civil society everywhere. Civil society must strengthen itself to deliver what humanity needs it to. The existential question of ‘what’ is civil society, and the practical question of ‘how’ it can deliver what is expected of it, have become very urgent. I dare say that if civil society will not perform strongly within this decade,  Sustainable Development Goals (SDGs) and mitigation of climate change will become further out of reach.

Who is a member of society? All citizens are, even those who work in the corporate and government sectors. What is a civil society? Civil society is a society that is civil in its conduct. Who must work civilly? Surely all citizens should, to make the society civil.

I must admit I have a hard time seeing civil society as a third sector which, by definition, would have excluded me when I was in the corporate sector and in the government. Because I have always wanted to uphold the values of  civil society which I learnt from the teachings of Mahatma Gandhi, Gautam Buddha and Jesus. The principle of antyodaya — of thinking of the poorest person first when devising any policy or strategy. The principle of courage to stand up for what is right — especially for the rights of the least powerful people. The principles of non-violence and civility, while struggling with courage against the resistance of the people at the top of economic, political, and scientific pyramids to share their power with those below.

Climate change and the COVID-19 crisis which are shaking up the world demand that the whole of humanity must cooperate for everyone’s sake. The snooty attitude of “I am alright, Jack”, and the complacency of “Thank goodness the hole is not on our side of the boat” (which is tragically evident in the sharing of vaccines), will sink everyone, even the most powerful.

At a time when all nations and all people must come together, the social fabric of humanity has been weakened by the indifference of the powerful and is being torn apart by uncivility in public discourse, spreading like a disease with social media, and with violence by governments against their own people. Even ‘civil society’ leaders and their organizations have been drawn into an uncivil ‘tit for tat’. Often, they too do violence to others: by insulting them in speech, some even by taking up arms. For a good cause, perhaps, but very uncivil in method.

The business sector likes stability: it makes planning for the future easier. Governments are expected to remove troubles and keep societies calm. Governments and business leaders are fearful of losing control whenever there is rumbling among the people, demanding change in the system. The instinct of the powerful is to suppress voices of dissent so that they do not amplify. Therefore, they will accuse protesters against injustice in the system of disturbing the public order, as the Indian government has done with farmers who camped around the capital city for a whole year, wanting to take their non-violent protest to Parliament.

Civility has been drained out of society by the excess of speaking, and the paucity of people in the corporate, government and civil society sectors who are willing to listen to “People Not Like Us”.

Powerful people, and even scientific experts, must listen more to the masses, rather than trying to convince them with their own eloquence, or trying to educate the people with their own lopsided views of reality. Also, the experts, operating in their scientific and organizational silos, must listen to one another to understand the whole system before prescribing solutions with their limited understanding of it. Otherwise, their fixes will backfire. Even civil society activists standing up for their own causes — for women, minorities, children, the environment, migrants, informal sector workers, small farmers, and so on — must listen to one another and cooperate rather than competing for attention as they are.

The 17th SDG says there must be stronger partnerships to achieve all the goals faster. Partnerships are required between sectors, and amongst the champions of the various goals too, because all goals are interconnected in one large system. Therefore, leaders in civil society must create a strong, united, movement for change, rather than build larger civil society organizations jostling with one another.

Some of my friends in civil society will be disappointed that I am not advising them about how they can scale up their own organizations and obtain their chosen outcomes faster, with better marketing of their brands, and more efficient management of their resources. As a former successful management consultant that is what they would expect me to do. However, my experience with all three sectors has brought me to the realization that the fundamental requirement for democratic, as well as scientifically sound, change in complex systems is civility in public discourse. It is the means for reaching the goals that humanity has set out to reach. It is also an essential condition for any society to consider itself a civilized society.

What can civil society organizations do collectively to create a more civil society? Firstly, competition amongst themselves for recognition and for funds must be subdued to form a movement for a common cause. Secondly, they must not demand changes in regulations only for the convenience of their organizations, as the demands to ease Foreign Contribution Regulation Act (FCRA) provisions are perceived to be. What they stand up for must be directly of concern to all citizens, not just their organizations.

The history of successful civil society movements reveals some lessons. Even with a visionary cause, such as a fight for the rights of common people, there must be concrete goals that will bring people together. Repeal of the farm laws was a goal that united farmers. The demand for a Lokpal Bill in Parliament united many organizations in a nation-wide ‘anti-corruption’ movement. A law for the ‘right to information’ (RTI) was the concrete objective of a successful civil society movement.

What the common people are being denied now, in the name of law and order, is the right to speak up and protest, and the right to assemble to present their concerns. The new labour codes, which Parliament has approved, dilute worker rights to join unions. The farmers, protesting about the undemocratic way Parliament had passed the farm laws, were even denied their rights to peacefully assemble close to Parliament to protest about the undemocratic action of the government! The RTI Act obtained the right of citizens to be informed by government. Democracy, as well as sound policymaking, requires that the people must be listened to by the powers above. Civil society organizations of all stripes, including unions, should find common goals in laws and regulations that preserve their rights to assemble non-violently and protest constructively so that citizens can be heard.

Civil society and the citizenry must heal themselves too. Communication has two sides to it: speaking and listening. When listening breaks down, communication breaks down and society breaks apart. Citizens must listen deeply to others, especially  those who think differently. Children are taught from school onwards to speak and write well and how to win debates, rather than listen to others. Even leaders are expected to be great communicators, rather than good listeners.

Perhaps those civil society organizations which are not inclined to gather at the hustings to demand change can propel a wider and deeper movement for change within society. The discipline of listening to others who are unlike oneself must be taught in schools. That is the way to learn the whole truth. Public discussions must be designed for thoughtful deliberations amongst citizens, unlike the debates in the media that are promoting antagonism in a race for TRPs. Leaders in business, government, and civil society must listen more deeply to one another, and to the common people for whose sake they must work together to make the world better for everyone.

Arun Maira is the author of A Billion Fireflies: Critical Conversations to Shape a New Post-pandemic World.