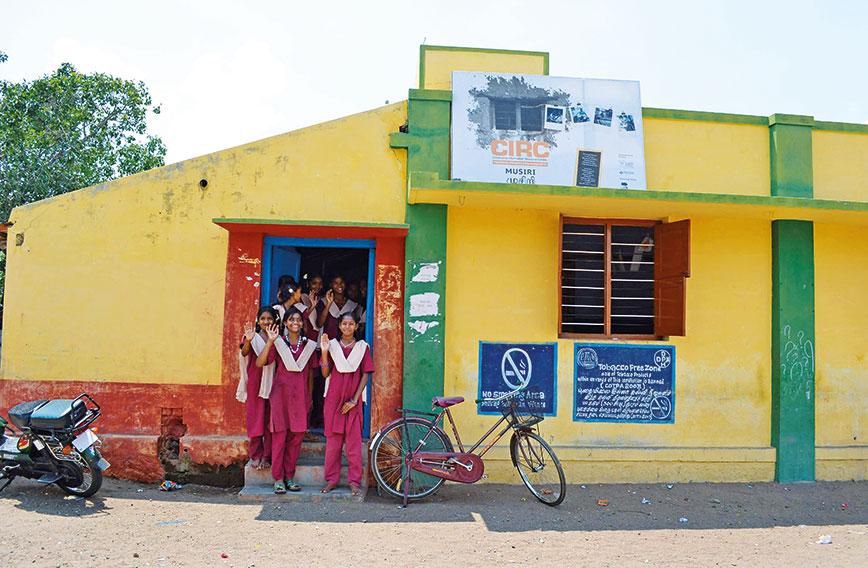 A group of schoolchildren at a Community Information Resource Centre

Digital India’s success has come out of collaboration 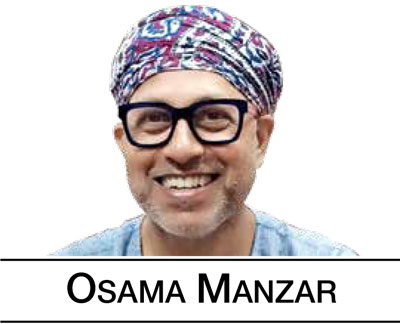 It was 2003 and Geneva was hosting the first global summit on using digital infrastructure for serving the development needs of communities. I was in the India Pavilion when Arun Shourie walked in — lean, alert and full of probing questions in an almost journalistic manner.

Shourie wanted to know from me what was the future of information and communication technology, or ICT, in India. How could grassroots organizations in the voluntary sector help create an internet ecosystem in the country, he asked.

As we talked, we agreed that for the use of the internet to be meaningful there would have to be a collaborative effort between the government and voluntary organizations. As in other spheres of development, one couldn’t possibly do without the other.

Shourie was then Minister for Information and Communication Technology in the National Democratic Alliance (NDA) government under Atal Behari Vajpayee. It was the perfect time for him to be in Geneva — just as it was for people like me who were activists.

The world was realizing the enormous potential for using the internet and other communications for the purpose of development and bringing large swathes of the world’s population out of poverty.

To achieve this, of course, the internet would have to first be inclusive and provide access to rich and poor alike. It was to this end that the first World Summit of Information Society (WSIS) had been convened in Geneva and the reason people representing government, companies and voluntary organizations had turned up from all parts of the world.

WSIS was initiated by the United Nations to create an evolving multi-stakeholder platform aimed at addressing the issues raised by technology through a structured and inclusive approach at the national, regional and international levels.

The goal of WSIS is to achieve an information society which is oriented to development. It envisions an order that allows everyone to create, access, utilise and share information through digital infrastructure.

The UN charter to achieve this goal was passed by Secretary-General Kofi A. Annan in 2003 and was endorsed by India as a member-nation.

Since then, over the years, voluntary organizations have helped successive governments implement the digitization of India by helping solve last-mile problems of various kinds. Technology, no matter how powerful, becomes transformational only when there is a human interface. Activist groups have worked with communities to help them use their mobile phones and computers to learn, earn and access their rights in ways that were not possible before information technology became so all-encompassing.

Activists have also had a role to play in shaping government policies to make them more effective. They have successfully pointed the government in directions in which it might not otherwise have been headed. In doing so, government decision-making has been enriched. On occasions when activists have clashed with government their criticism has been wholesome. They have served as whistle blowers.

The point I would like to reiterate here is that, in India,  the history of bridging the information divide is closely connected with voluntary efforts. Several organisations such as the Internet Freedom Foundation (IFF), IT for Change (IT4C), SFLC.in, Centre for Internet Society (CIS), Alliance for Affordable Internet (A4AI), Association of Progressive Communications (APC), Global Network Initiative (GNI), Internet Society (ISOC) and the Public Interest Registry (PIR) have vigorously responded to the new needs and issues that have emerged with the expansion of the internet. Their aim unfailingly has been to ensure an accessible, safe and democratic internet.

In 2007, the Government of India (GoI) was formulating a plan for common service centres (CSCs) run by village-level entrepreneurs (VLEs). The GoI had identified IL&FS as a consultant to draft the policy and the Digital Empowerment Foundation (DEF) was also invited to contribute. Why would a government invite a civil society organization to draft a framework? It is because of the valuable experience we have from working with communities at ground level.

Today CSCs are one of the most active internet infrastructure links to the larger India. They are known by different names: Akshaya in Kerala, Pragya Kendras in Jharkhand, E-Seva Centres in Andhra Pradesh and so on.

CSCs are the points that provide access to delivery of essential public utility services, social welfare schemes, healthcare and financial services among many other things. Registered as a Special Purpose Vehicle Company, CSC India Limited now claims to have more than 300,000 centres.

On the issue of net neutrality, voluntary organizations played an important role in helping the government take an informed decision on the pitfalls of going with Facebook’s internet.org and Free Basics.

Net neutrality requires a public network to treat all content, sites and platforms equally. Facebook was, on the other hand, offering free access to a few selected websites through Free Basics. Only selected content by Facebook and its partners in India was to be made available.

While Free Basics was packaged as an attempt to provide free internet to thousands of rural and remote Indians, the  campaign led by Save the Internet (which is now the Internet Freedom Foundation or IFF) exposed how it was violating net neutrality.

An open letter I wrote to Mark Zuckerberg became a crucial advocacy document. Together with the efforts of other campaigners it resulted in the revocation of Free Basics by the Telecom Regulation Authority of India (TRAI). Several civil society organisations came together to uphold the sanctity of net neutrality in India.

Recently, Government of India (GoI) announced PM-WANI — a framework to provide internet through public wifi hotspot providers. Now any shopkeeper can buy internet and sell internet without paying licensing fees. The journey of creating a PM-WANI system is based on advocacy done by civil society groups. Digital Empowerment Foundation’s Community Network was seen as a model for last-mile connectivity.

Community Network uses frugal technologies to connect communities and relies on the existing spectrum of 2.4 GHz and 5.8 GHz, which does not require licensing. PM-WANI has liberalised the access to internet and freed it from the shackles of ISPs (Internet Service Providers) and telcos.

A couple of years ago we initiated a programme to empower young tribal girls by connecting them to highly educated successful women as mentors on a video call. We called the programme Going Online as Leaders (GOAL). The idea was to connect on weekends one mentor with five tribal girls on a video call. They could spend time talking without any agenda.

The programme became very popular and went from 25 tribal girls to 100 tribal girls and 25 mentors. It got support from Facebook and gradually the Ministry of Tribal Affairs adopted it. The mentors helped the girls develop better communication skills, offered mental health support and trained them in digital skills, entrepreneurship and leadership.

The National Digital Literacy Mission (NDLM) emerged from a collaboration between DEF, Intel and the NASSCOM Foundation. Finally Dell, Lenovo, Microsoft and NIIT joined in to facilitate the government’s vision of making at least one person per household e-literate.

The internet has led to more democracy. It is difficult now to suppress information.  Injustices, when they take place, find their way into the public domain.

In this way civil society has come to be expanded. It encompasses people much beyond the urban elites who would earlier dominate it. Now everyone has a voice and it can be heard in multiple languages from remote corners.

This  expansion of civil society comes in an age of local governance and distributed technologies. The internet allows them to deal with the issues that directly relate to their lives and well-being. In their equations with government they also have the choice to collaborate or oppose or do both simultaneously.

While these are favourable developments in the creation of internet infrastructure and access, it is also important to highlight the pressing issues of data privacy, misinformation and shutting down of the internet.

In India, currently, there are no regulations in place to restrict the collection, storage, representation and analysis of personal data that can potentially harm individuals and vulnerable communities in multiple ways. More alarmingly, the majority of internet users do not even know the harm of sharing their private data online or have any control over how the information is being used.

It is important to have more participatory processes on the ground on privacy awareness and data usage while simultaneously building up a regulatory mechanism at the policy level.

Internet shutdowns should be viewed with serious concern. In a context where the government is pushing for more digitisation and all our daily activities depend on being online, internet shutdowns essentially translate into the shutting down of the day-to-day life of its citizens. Under the pretence of maintaining law and order, internet shutdowns become a tool to suppress voices of dissent, as seen for example, in the case of the farmers’ agitation.

This method of law and order maintenance immediately translates into punishment without due process. The biases of the police machinery get to decide who gets to use the internet, when and on what terms. It is important to reiterate the point that the internet is a fundamental right of all citizens and not a means of State patronage.

Finally, as much as lack of connectivity is a pressing issue, so is the recently increasing incidence of misinformation. While usage of the internet and digital services have been increasing, the threat of misinformation, disinformation and fake news have been rising concomitantly. This has larger social, economic, political, cultural and democratic consequences.

Addressing these problems urgently should be a part of efforts to bridge the digital divide. It is only voluntary organizations that can do it in collaboration with the government.

Osama Manzar is founder and director of Digital Empowerment Foundation. He can be contacted at osama@defindia.net. Manzar is also a member of the advisory group of the Alliance for Affordable Internet (A4AI).