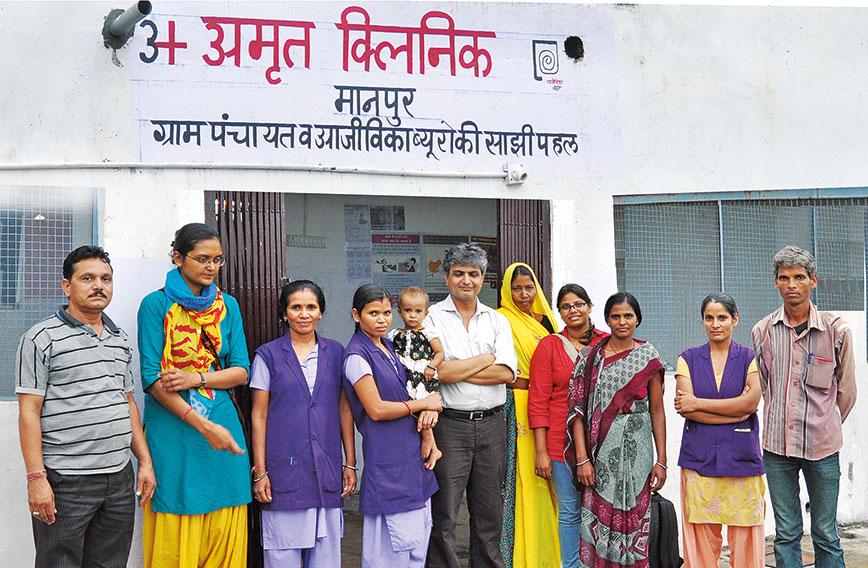 For rural healthcare it is back to basics 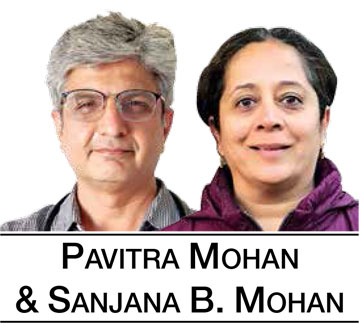 There are huge disparities in healthcare in India. We have large private hospitals in cities where rich people can walk in and get state-of-the-art healthcare at a high cost.  We also have poor people who die at home because they cannot reach the nearest health service or afford treatment. There are yet others who fall into indebtedness trying to get treated.

At the conference of a management school, the CEO of a large hospital boasted of how the time to get a patient into the operation theatre  is decreasing and is now less than 30 minutes. Compare this with the many months of delay before a TB patient in remote and rural south Rajasthan is able to start on appropriate treatment. Juxtapose these two situations and we get a picture of the inequities in India’s healthcare.

NGOs have made a big difference in the lives of marginalized populations, either directly or by  influencing programmes and policies in healthcare.  The examples cited here are merely some of the organizations we are familiar with. There are many others doing great work.

Jungles and a tropical climate are fertile grounds for mosquitoes. Coupled with poor public health measures and absence of healthcare, malaria grows unabatedly in such areas. Irrigation canals, built to bring water for farming and prosperity, have also brought mosquitoes and malaria.  Some states and districts with a higher percentage of tribal populations also have the highest incidence and deaths due to malaria.

Odisha has a large proportion of tribals living in remote, rural areas. The Christian Hospital in Bissamcuttack has been providing healthcare to them for decades. A large community programme that seeks to understand and respond to the needs of such communities for livelihoods and health complements the hospital’s services. Through careful observation and long-term work, the Bissamcuttack team identified the link between malaria and childhood malnutrition.

They also noted that during the malaria season early  identification of people suffering from the disease and prompt  treatment rapidly decreased the parasite load in the region. When this situation is reached, even if mosquitoes continue to bite people, they do not find any parasites to carry in their blood and infect others in subsequent bites.

Through this action, coupled with other measures such as spraying insecticides and active use of bed-nets, the Christian Hospital was able to significantly reduce the incidence of malaria.

The Odisha government noted their success and partnered with them to scale up the programme across other tribal districts. The results were astonishing: an 80 percent reduction in the incidence of malaria!

The World Malaria Report 2018 reported that while there was a rise in malaria globally, in India there was a dramatic decline by 24 percent. And that decline was because malaria cases in Odisha dropped by 80 percent. Such is the power of long-term engagement with the community, careful observation and partnering the government at the right time.

In the 1990s, there was stagnation in death rates among children, which meant that the number of children dying every month was increasing. A careful assessment indicated that many children died soon after birth or within a month of being born. Babies born into poor families in remote, rural communities were more likely not to survive.

One such area was Gadchiroli district in Maharashtra.  SEARCH, an NGO, designed and implemented a community-led plan to improve newborn health. They realized that approaches by specialists and hospitals were not appropriate for remote, rural settings. Their many years of work with such communities had strengthened their belief in community action.

SEARCH identified and trained village women to visit all pregnant women and guide them on how to take care of themselves and their babies. The women were also trained to identify and treat babies who were sick. Many neonatologists visited Gadchiroli and endorsed the skills of these women who were barely educated. What highly qualified doctors could not achieve, the village women achieved in a short period of time. Within a couple of years, at a low cost, newborn deaths were slashed by about one-third.

The initiative influenced the Union government’s policy to focus on home-based community approaches to improve newborn survival. Wider implementation of this approach finally led to a declining trend of newborn deaths, which had been stagnant for decades. In fact, SEARCH’s approach influenced policies on newborn mortality and health across the developing world, especially for marginalized populations.

In India almost 70 to 80 percent of all health expenditure is from household budgets. It is people who spend on health services and not the government. A major out-of-pocket expense is on drugs. The poorest people access government health facilities, but lack of available drugs means they have to spend money despite being in a public facility. Prayas, a non-profit in Rajasthan, for several years advocated the availability of free drugs in government health facilities.

Partnering a sensitive district magistrate, they were able to pilot a free-drug scheme in one district. The scheme was a big success.  People started using government health facilities much more in rural areas. The government not only saved money by buying drugs in bulk, but was also able to ensure better quality. Subsequently, the scheme was scaled up to the entire state.

Several NGOs and coalitions such as the Jan Swasthya Abhiyan (People’s Health Movement) have been running a sustained campaign to enhance public expenditure on healthcare and to promulgate health as a fundamental right. Sustained advocacy led the Government of India to commit to increased expenditure on healthcare from 1 percent of GDP to 2.5 percent of GDP in the National Health Policy. It remains to be seen if the increased allocation will translate into fewer people becoming impoverished because of what they have to spend on healthcare.

But such a commitment is the right step towards creating a more just healthcare system. Sustained advocacy by NGOs has also led many state governments to announce intentions of having a Right to Healthcare Act. However, no state has so far actually passed such a law.

India has a large network of primary health centres (PHCs) across rural areas but in remote and tribal regions PHCs function poorly. Doctors are not available, healthcare providers behave inappropriately and there is lack of essential medicines and equipment. Local communities are pushed into seeking care from quacks and traditional healers resulting in a high burden of illnesses and deaths which are entirely preventable.

At Basic Healthcare Services we started with the belief that nurses, skilled and supported by physicians and enabling technology, could provide healthcare to such populations. Physicians would train, provide teleconsultation and on-site consultation for chronic and more difficult conditions. We took into account the fact that over the past decade or so many young girls from tribal areas  had been opting for nursing as a profession. Such nurses, from similar remote and marginalized communities, were more likely to empathize with them. That provided us with a large force of women to address the huge gap in providing healthcare.

In southern Rajasthan, faced with dwindling land sizes and disappearing forests, many young tribal men would migrate to cities such as Ahmedabad, to work as manual labourers leaving behind women, children and the elderly. In the absence of men and cash, they find it even more difficult to access distant and expensive healthcare.

Basic Healthcare Services set up a network of PHCs, called AMRIT Clinics in six such communities in southern Rajasthan with the aim of providing low-cost and responsive healthcare.

Nurses from similar communities were  trained, supported and mandated to provide healthcare in the clinics. Supported by a visiting physician and enabled with simple technology, protocols and diagnostics, they are able to address a large proportion of the healthcare needs of the population.

Other important elements of services include 24/7 availability, required drugs and equipment, community engagement for their health and well-being and linkages with referral hospitals for those needing specialized care. Community health workers further deepen the link with communities.

In the eight years since they began, the clinics have helped save thousands of lives by taking care of a large proportion of the health needs of communities, including infectious diseases, non-communicable diseases, reproductive health conditions and childhood illnesses.

One such clinic is now accredited for safety and quality by the National Accreditation Board of Hospitals & Health Care Providers (NABH), demonstrating that high-quality healthcare is possible even in such remote and resource constrained settings.

The services have also influenced substantial  change in behaviour. Women, who would deliver at home, now prefer going to a health facility. At one time, the word tuberculosis would invoke fear and denial. People would delay seeking care. Now they come early for treatment.

The AMRIT experience shows the transformative impact of primary healthcare delivered by nurses and supported by physicians and health workers.

NGOs are increasingly playing a role in mentoring young, idealistic healthcare professionals. The Tribal Health Initiative, a remarkable organization in Sittilingi Valley in Tamil Nadu, has a programme called Travel Fellowship for young doctors.  For about a year, fellows get to visit and work in three or four healthcare organizations in rural and tribal areas across several states.

Basic Healthcare Services is also a part of this network. It is an absolute joy to host and support these young doctors from across the country, who are dreamy, idealistic and ready for the grind. We are certain that the fellows and other young doctors who work with us will become capable leaders tomorrow who will take forward the dream of an equitable and just healthcare for all, with dignity.