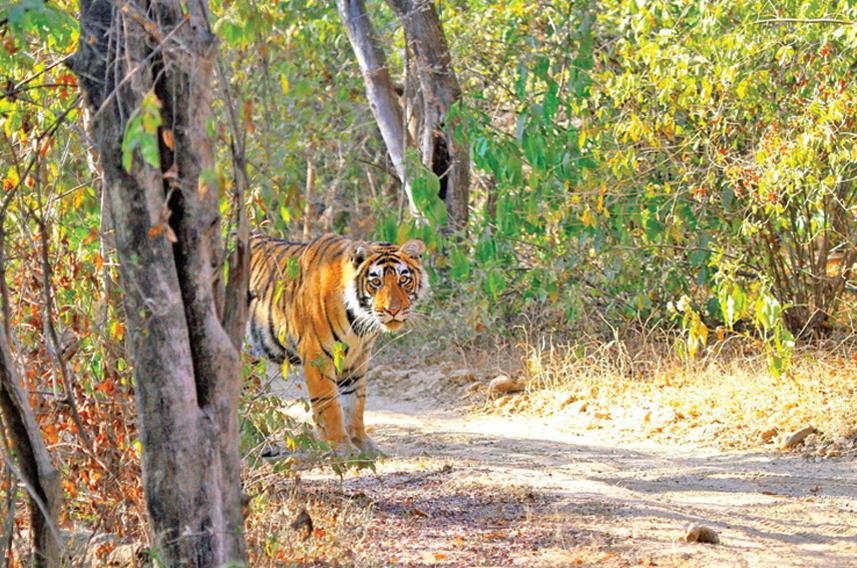 The Ken-Betwa link will harm both Panna and Damoh districts

It’s a curious case of dam fundamentalism, now manifested as ILR (interlinking rivers) fundamentalism. On 7 June, as widely reported by the media, Union Water Resources Minister Uma Bharti “threatened to go on hunger strike if the Ken-Betwa river linking project is further delayed”. She termed the attempt to delay the project by environmentalists as a ‘national crime’, as reported by  Business Standard. The threat was directed against all those raising questions about her ministry’s Ken-Betwa River Link proposal.

Many of those opposing the Ken-Betwa River Link are actually official agencies. A senior Union cabinet minister making such threats is a clear subversion of the regulatory apparatus, and is a vitiation of the atmosphere. Officials and members of the statutory committees will find it difficult to take decisions under such threats. This also amounts to unduly influencing the process.

For a project that has so far no statutory clearances, no proper environment impact assessment (EIA), no proper public consultations, whose environment management plan is still being formulated by some official committees, whose environmental appraisal is incomplete, whose hydrology is under wraps, and has seen no peer review but is highly questionable going by all available evidence, the minister has categorically asserted, as reported by The Hindu: “The dam will be built and if there are further delays I will launch an agitation”!

At the same time, she acknowledges that the EIA and management plan are incomplete when she says: “We have asked the Bombay Natural History Society (BNHS) to help us with the vultures.” She could have added that the Wildlife Institute of India is still preparing the Landscape Management Plan, which would have taken two years, but may take longer since there is no reliable EIA available.

The Ken-Betwa project will facilitate transfer of water from Bundelkhand to the higher rainfall Upper Betwa basin and for whatever little benefits parts of Bundelkhand may get from this project, better options are available. Moreover, when the project, in any case, is not the least-cost option, the minister is trying to create a people versus tigers and vultures conflict where none exists when she says: “People, however, must come first.”

The minister claimed that 70 lakh people will benefit from the project and even the 7,000 affected (both figures are highly questionable) are for the project. She goes on to ask, “Who are they (the expert committee members) to stop this?” By this token, we do not need any regulators since the minister will certify who are or can be for and against a project!

It may as well be added that there is no implementation agreement for the project between the two participating states of Uttar Pradesh and Madhya Pradesh, 11 years after the MoU, only for preparing the Detailed Project Report, was signed. The minister may also like to know of the letter from the Panna collector to the Planning Commission mentioning how the Bundelkhand districts of Panna and Damoh will remain permanently backward if the Ken-Betwa project were to be implemented.

This is further reinforced, as Business Standard reported, by the minister saying: “I will save the tigers, the vultures, the deer, and the affected people, please give us environmental clearance. But, I will not consider reducing the height of the dam.” So, just based on the minister’s assertion, we are to take it that the tigers, vultures, and everyone else will be saved! Why do we even need wildlife or environment clearances if the minister’s statements are adequate?

As The Economic Times reported, the minister called herself “the biggest environmentalist”, and asked how her intentions could be doubted when she pitches for initiating work on the project. She then derided members of an expert committee under the Union Ministry of Environment and Forests. In another report by the same newspaper, the minister “added that she will also look into the issue of gidh (vultures) and tiger rehabilitation if required.”

So now we have the developer of the project who asks us not to bother about vultures and tigers since the minister is looking into it! Do we really need an environment ministry?

Further, the minister is quoted as saying: “I have told them that the tiger population will increase, with the region getting more water. Further, 97 per cent of the vulture nests are going to be above the maximum water level.”

The minister would, of course, not bother to mention the impact of the project on the downstream Ken Ghariyal Sanctuary or the fish population in the Ken river and how the river itself will be affected by the massive deforestation in the catchment area. And how all this will affect the already ravaged Bundelkhand region caught in a climate change scenario.

These statements are clearly wrong and unacceptable on so many counts. We hope she will immediately and publicly take back the threats and statements and apologise for deriding the statutory processes and calling any opposition to the Ken-Betwa linking project a ‘national crime’. Since the minister’s threats are going to remain in the background, even if withdrawn, the only way to somewhat correct the vitiated atmosphere is possibly for her to step down so that all the regulatory committees are able to do their tasks without any fear or threats of agitation by the Union minister. Otherwise, people’s diminished faith in these processes will be completely shattered.