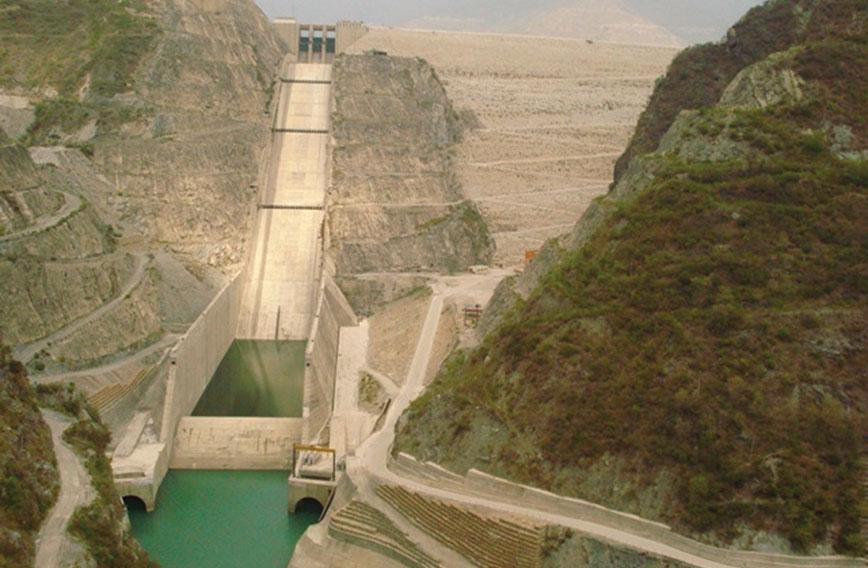 When Union Minister of State for Power Raj Kumar Singh laid the foundation stone for the 60 MW Naitwar Mori HEP in the Yamuna basin in Uttarakhand on 30 March, he called hydropower a clean and green source of energy. He forgot to add two other words that advocates of hydropower mention — that hydropower is cheap and renewable. He possibly knew that hydropower is no longer cheap or renewable. He should also realise that it is not even clean or green.

The cost of the Naitwar Mori project is already `648 crore at October 2016 prices, and levelised tariff of power from the project is assumed to be `6.39 per unit. The cost will only go up hugely. The assumption that the project will generate about 4.5 million units per megawatt installed capacity is unlikely to be realised. The all-India average in 2017-18 was 2.78 and 89 percent of India’s operating power stations generate at below such promised levels. In all these calculations we are not even counting the real cost of adverse social and environmental disruptions that each such project causes on a massive scale.

Realising the unviability of hydropower projects, private sector companies have exited from nearly all the projects they were involved in across India. Singh’s predecessor, Piyush Goyal, had repeatedly told Parliament about how 11,000-16,000 MW capacity hydropower projects remain stranded and the government has for the past two years been contemplating a package of incentives to kickstart these stranded projects. Possibly wiser counsel has prevailed and no such package has been finalised.

Just a week before Singh laid the foundation stone for the Naitwar Mori HEP with the Uttarakhand chief minister, a CAG report said that the cost of the Asian Development Bank (ADB)-funded 65 MW Kashang I hydropower project saw huge cost escalation to over `12 crore per MW, the cost of power from the project almost doubling and having gone way above market rates.

A week before Singh travelled to Uttarkashi district, to the banks of the Tons river, several reports surfaced about how the just commissioned power house and tunnels of the 330 MW Kishenganga hydropower project in Kashmir had developed such huge leakage that farms, houses and apple orchards of several farmers were badly damaged. Several reports have since emerged saying that the massive leakage has continued for several weeks and is yet to be stopped.

In the same week as Singh’s function, news came from the Dzongu region of Sikkim that there was massive explosion of dynamite near the proposed 280 MW Panan hydropower project, damaging several houses. The district collector was still compiling the report about the incident, when last heard.

Meanwhile, the reservoir of the just commissioned 1,200 Teesta III hydropower project in Sikkim overshot the rim stability works, giving possible indications of massive landslides in future. The project has already seen several deaths and even now, it is tragic that it is complete but only two of the six units can run since the power transmission lines are not in place! There is no one to explain why this is so. In any case, it is doubtful that the project will be able to sell its costly power.

In fact, in northeast India, the 2000 Lower Subansiri project of the National Hydroelectric Power Corporation (NHPC) remains stalled for over six years, following a massive agitation against the project in Assam due to downstream impact and disaster implications of the project. 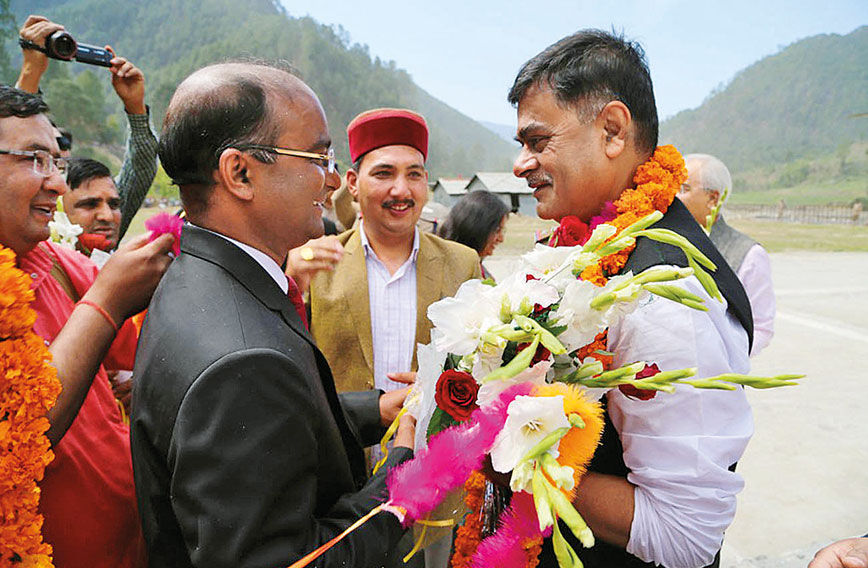 It’s important to note that power generation from hydropower projects in India continued to show a diminishing trend in 2017-18 as per Central Electricity Authority figures, even though the 2017 monsoon was normal. This trend has remained so for over two decades now.

In the week following Singh’s inauguration of the Uttarakhand hydropower project, Nepal’s new prime minister, Khadga Prasad Oli, was in India for his first trip abroad after being sworn in. A lot was expected from this visit, including on hydropower projects. But in what former Foreign Secretary of India Kanwal Sibal called “the bareboned joint statement” of India-Nepal, the prime minister did not utter the word hydropower. There was also no news about the proposed joint laying of the foundation stone of the 900 MW Arun 3 hydropower project in Nepal, being developed by the Government of India’s Sutlej Jal Vidhyut Nigam Limited, which was supposed to happen during the visit.

It is apparent that only a few, mostly public sector-funded, hydropower projects are going forward, largely because these companies do not have to bother about costs, delays or the viability of selling costly power. But these companies suffer too when costs become unviable. This was exemplified with the Jammu and Kashmir Power Development Corporation (JKPDC) which could not sell power from the Baglihar II project even at a cost price of `4.5 per unit. They had to ultimately sell the power at a loss. No wonder the JKPDC has commissioned a study about the viability of large hydropower projects.

Yet, as far as the Union Ministry of Environment and Forest’s Expert Appraisal Committee (EAC) is concerned, it’s business as usual in giving environment clearances without bothering about environmental, social or economic viability. In the case of the controversial Ken Betwa River Link Project, the EAC cleared the project even though forest and wildlife clearances were given on condition of taking the full hydropower component outside the forest/protected area, as the hydropower component was proposed in the middle of the forest and protected area and would have been a permanent nuisance for biodiversity and wildlife. Even in its most recent meeting three days before Singh’s Uttarakhand function, the committee cleared the Luhri II project that is facing massive opposition in Himachal Pradesh. Another avatar of that project was declined funding by the World Bank, though the EAC had happily rubber-stamped approval of that avatar too.

The question arises, Why are we still pushing such unviable large hydropower projects, even though they are destroying our remaining rivers, forests, biodiversity and adversely affecting a large number of people and not delivering any viable benefits? A tough question?

Himanshu Thakkar is with the South Asia Network on Dams, Rivers  and People