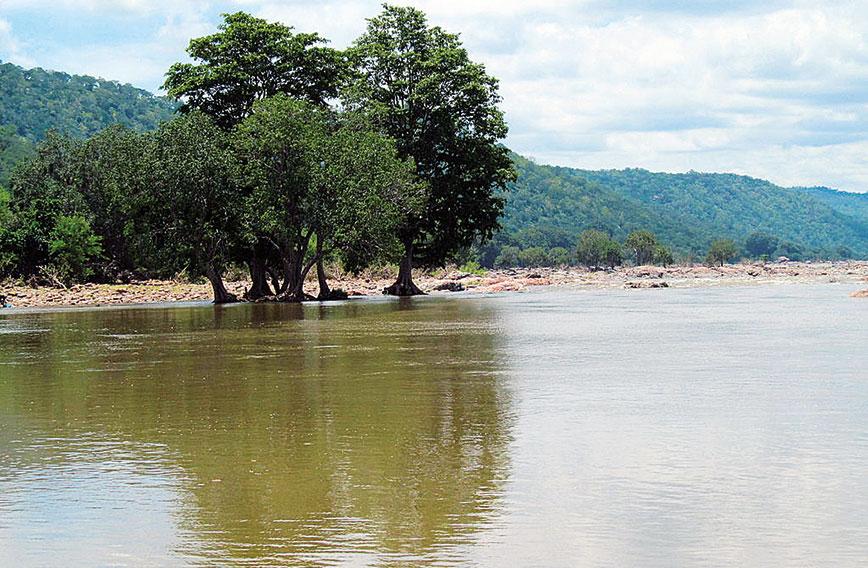 By all accounts the summer of 2018 is likely to bring to the fore an unprecedented water crisis along with disputes in a large number of states and river basins in India. Such conflicts aren’t just inter-state or international but can be seen at different levels.

While the Vamsadhara, Mahadayi and Krishna water dispute tribunals are still hearing the parties concerned, the centre was recently forced to set up a tribunal on the Mahanadi water dispute. In the Narmada basin, elections have kept the simmering dispute somewhat quiet. Almost 13 years after signing an MoU to prepare a detailed project report for the Ken-Betwa River Link Project, and despite repeated assurances by Uma Bharti and now Nitin Gadkari, there is no agreement between the states to implement the scheme. In the Cauvery basin, the Supreme Court’s 465-page judgment of 16 February, everyone hopes, will help resolve the dispute.

The judgment came in response to several appeals that were filed in the SC soon after the February 2007 award of the Cauvery Water Disputes Tribunal (CWDT). Leaving aside the question of why the SC took 11 years to decide, it’s good to see that the verdict has not triggered any immediate protests. Let us look at this SC judgment in some detail.

Will the judgment achieve sustainable water use in the Cauvery basin?

The judgment has increased water allocation to Karnataka by 14.75 TMC (thousand million cubic feet), compared to the stipulation of the CWDT award, and reduced Tamil Nadu’s share by the same quantum. Karnataka’s water release obligation has accordingly been reduced from 192 TMC per year (all flow figures are for a 50 percent dependable year) to 177.25 TMC and its monthly release obligations would also reduce proportionately compared to CWDT stipulations. The monthly release obligations in a distress year will be decided by the proposed Cauvery Management Board, but Karnataka is already opposing its constitution.

One reason Karnataka’s share has been increased is an additional allocation of 4.75 TMC for Bengaluru, based on the justification that drinking water is top priority as per the National Water Policy (NWP). This reference to the NWP in the SC judgment is welcome, as it provides the policy some legal support. However, Karnataka is already providing additional water to Bengaluru from its own share, so was it necessary to bring in this issue here, particularly since two-thirds of Bengaluru is outside the Cauvery basin, as determined by the CWDT?

Moreover, it is well-known that Bengaluru’s water options are hugely under-utilised. For example, Bengaluru is not adequately harvesting rainwater. It is not protecting its local water bodies, including lakes and streams. The city is not adequately treating or recycling its waste water. Nor is Bengaluru doing much demand side management.

Couldn’t the SC have pushed for better water management in Bengaluru rather than reward its miserable track record with more water? It’s not a question of quantum (which may be minuscule and some water may be returning to Tamil Nadu through the Pinakini river) but in the process the SC has opened up the possibility of similar sub-optimal allocations in the name of higher priority use in other basins.

Could this additional allocation of Cauvery water, for an area outside the Cauvery basin, further complicate other inter-state water disputes with claims being made by areas outside a river basin in the name of higher priority?

The SC has said that Tamil Nadu has access to additional groundwater and at least 10 TMC of groundwater use can be accounted for in the state, something the CWDT has not taken into account. With this in mind, the SC has increased Karnataka’s share by 10 TMC.

First, it is welcome that the SC has brought groundwater into its water use calculations. Groundwater is India’s lifeline, since most water used in our irrigated areas, rural or urban, domestic sector or industries, is groundwater which essentially comes from recharge of surface water. There is dynamic equilibrium between surface water and groundwater. So, it wasn’t correct for tribunals to ignore groundwater use in assessing water balance. However, the SC judgment accounts for the groundwater used only by Tamil Nadu in an adhoc manner. What is necessary is more comprehensive accounting for groundwater.

The NWP does not have the force of law. The SC judgment is a rare instance of the NWP being referred to in a judicial order. Hence, by implication, the NWP gets legal sanction. This precedent will have a number of implications, including use of the NWP in future petitions and more careful thinking behind the formulation of future NWPs. However, the judgment refers to NWP 1987 and 2002, and not NWP 2012, which is the current policy. Section 1.3(vi) of NWP 2012 lists priorities for water allocation which are somewhat different from what the SC has picked up from NWP 1987 (para 373) and 2002 (para 265). It is unclear if this is just a judicial slip or intentional and, if so, why.

The international principles the judgment refers to include the Helsinki Rules (1966), Berlin Rules (2004) and Campione Rules (2000), basically espousing equitable and not equal utilisation of shared water. It is surprising that the SC did not refer to the 1997 UN Convention on Non Navigational Use of Watercourses.

Will the judgment achieve equitable water distribution during deficit years?

That, in fact, is the crux of the question. The SC has directed that the implementing mechanism for the CWDT award and SC verdict be set up in six weeks on the lines directed by the CWDT. This mechanism needs to function in an independent, transparent way and quickly achieve some credibility. For this, the SC will need to continue to play a role. It is the credible functioning of this mechanism that will decide if equitable water distribution will happen in deficit years. Hopefully, the mechanism will be set up soon and the SC will continue to ensure its credible functioning.

Will the judgment improve the state of the Cauvery river?

The SC judgment has the potential to increase water use in both states. First, by endorsing the use of the 50 percent dependability criterion rather than the 75 percent used earlier. Second, water use is likely to be pushed up since in Tamil Nadu the SC has allowed it to use 10 TMC groundwater and in Karnataka the SC has allocated 14.75 TMC more water. This, in a basin where water demand is already way above availability, as the SC notes (para 188). This could have been avoided if the judgment had included a rider — that these provisions should not lead to additional water use in both states.

Unfortunately, all the parties involved, including the states, the centre, the CWDT and the SC, see the river only as a water channel. The paltry and half-hearted allocation of 10 TMC for the Cauvery implies that neither the CWDT nor the SC saw the dispute from the river’s perspective. They saw it merely as a water-sharing conflict.

Will the judgment reduce water disputes?

The SC’s verdict has established a number of precedents that will have larger implications for dealing with water disputes across the country in future. This judgment is possibly the first instance of the apex court not only admitting a Special Leave Petition (SLP) against a tribunal award, but also modifying a verdict of the tribunal set up under the Interstate Water Disputes Act of 1956. The Act, under Article 262 of the Constitution, debars any role of the courts, including the apex court, in considering any SLP against any tribunal award. This precedent opens up all tribunal awards to challenge in the apex court.

Since the tribunals and the judiciary, both in the immediate and short term, are not taking a comprehensive view while dealing with river water disputes, including river water, rainwater, groundwater, soil water, catchment, pollution, ecosystems and local water bodies, disputes are likely to increase. The changing climate is already complicating the situation. The SC Cauvery verdict has added further complications by suggesting (para 393) that “a digression from the confines of the concept of in-river basin would be justified”.