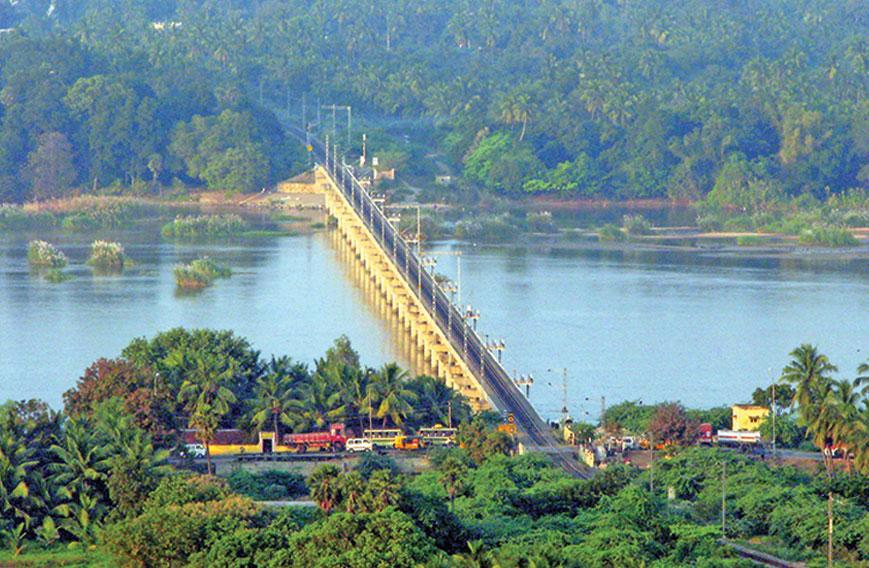 It’s natural for rivers to be in the news during the monsoon or a drought, but that is not the only reason why rivers are being discussed these days. It seems, most of the time, rivers are in the news for all the wrong reasons!

For example, the Cauvery is in the news for the never-ending dispute between Karnataka and Tamil Nadu on sharing of its waters, a conflict that keeps rearing its head whenever there is a deficit year. The Cauvery Disputes Tribunal award remains unimplemented, since the Special Leave Petitions of Karnataka and Tamil Nadu are pending in the Supreme Court for nine years. Meanwhile, the apex court ordered water to be released on a rather ad hoc basis on 5, 12, 20 and 27 September. Finally, an expert committee was sent to assess ground realities. Unfortunately, the dispute is about the Cauvery, but the poor river’s condition is on no one’s radar. Everyone is only talking about its water!

Similarly, both the Mahanadi and Mahadayi are in the news for interstate water disputes. In the case of the Mahanadi — considered a surplus water river by the Government of India — a dispute has broken out between Odisha and Chhattisgarh. Odisha is accusing upstream state Chhattisgarh of building barrages and dams to store and divert so much water that Odisha will face a crisis. In fact, Odisha has also been diverting water for industry and urban areas, to the detriment of farmers. Neither state is particularly worried about the condition of the river.

In the case of the Mahadayi, the dispute is between upstream Karnataka and Maharashtra, who are building dams to divert water, which is opposed by downstream Goa. Here again, the states seem least bothered about the river itself, with Goa planning to allow navigation on it without any assessment of its impact on the river. The only bright spot of this episode is that the Mahadayi Water Disputes Tribunal, in an interim order of 25 July 2016, actually said that water flowing to the sea is not waste.

Telangana and Andhra Pradesh are locked in Krishna and Godavari water-sharing disputes, which are bound to spill over to Maharashtra and Karnataka, among other basin states.

The river Indus featured in front-page headlines and breaking news for several days, but in the context of Indo-Pakistan tensions and some elements talked about shutting off water flow to Pakistan. The prime minister declared that water and blood cannot flow together. Blood should not be flowing under any circumstances and terrorist activities must come to an end, but it is not possible to shut off the flow of water from the Indus, Chenab or Jhelum, the three western rivers flowing to Pakistan under the 1960 Indus treaty. An attempt to hurry up projects in Kashmir, without an informed or participatory process, will only affect the people, rivers, environment, biodiversity and landscape of Kashmir. The people of the state have been suffering for over two decades and they are being asked to suffer more for questionable projects and objectives.

As feared, China promptly declared that it has diverted a tributary of the Yarlung Zangbo (the Siang river, one of the main tributaries of the Brahmaputra) in Tibet for building the Lalho multipurpose storage project on the river. Many saw it as a Chinese threat to India for suggesting that India could review the Indus water treaty with China’s ally, Pakistan, to reduce or stop water flow to Pakistan. No one, unfortunately, is thinking of the sustained existence of the rivers in this whole episode.

The river-linking fundamentalism of the current Union government has recently led to the wildlife clearance recommended for the Ken-Betwa River Link project, by the Steering Committee of the National Board of Wildlife, chaired by Union Environment Minister of State (Independent Charge) Anant Madhav Dave. This clearance will lead to the destruction of the Panna Tiger Reserve, the habitat of tigers, vultures and other wildlife, the Ken river and its catchment, the Ken Ghariyal Sanctuary downstream and large parts of Bundelkhand itself.

The project does not even have a proper Environment or Social Impact Assessment, nor the landscape management plan that was supposed to be part of the Environment Management Plan. The project was being sold for the benefit of Bundelkhand, but would in essence facilitate export of Bundelkhand’s water to outside Bundelkhand’s area in the Upper Betwa basin. It will not solve any of the problems of Bundelkhand. For whatever little benefit is claimed for Bundelkhand, there are much better alternatives. Here again, rivers are in the news for projects that will destroy them.

During the monsoon, the Ganga crossed its highest recorded flood levels at a number of places including Patna and its upstream and downstream areas. Closer scrutiny revealed that two dams played a major role in creating this avoidable flood disaster. Sudden and avoidable water release of over 10 lakh cusecs from the Bansagar dam on the Sone river in Madhya Pradesh upstream was the primary trigger for these floods.

As Bihar Chief Minister Nitish Kumar highlighted, the Farakka dam downstream worsened the floods as it has been doing for several decades now, creating drainage congestion in the Ganga basin in the upstream. Nitish Kumar has rightly advocated that we need an independent assessment of the usefulness of the Farakka dam, prior to taking a decision about its decommissioning. That will certainly help the cause of the Ganga much more than all the dredging and other navigation-related work that is ongoing. But, clearly, the Ganga’s cause is not close to the heart of the current government.

It is clear that, in all the news about rivers, there is little concern for the rivers themselves.

That is not how it was supposed to be. In a glittering ceremony on the banks of the Ganga in Varanasi, which is also his parliamentary constituency, Prime Minister Narendra Modi promised rejuvenation of the Ganga. He changed the name of the Water Resources Ministry to the Ministry of Ganga Rejuvenation, River Development and Water Resources and put Uma Bharti, supposedly known for her commitment and zeal for the Ganga, in charge of this rechristened ministry.

So the Modi government, which is reaching its term’s half-way mark, had come with the promise of a better deal and future for India's rivers. Unfortunately, not only does the promise remain unfulfilled, there seems to be no roadmap in sight, no light for our rivers. There is nothing in the policies, plans or projects of the current Union government that would provide any ray of hope for the Ganga, now or in future. The government is pushing for more funds, more infrastructure, more technology, the same path that has been followed for the past three decades and which failed to achieve any improvement in the condition of the Ganga. Even now there is no attention to democratic, transparent, participatory and accountable governance, without which there seems no hope for the river.

In all this melee, the organisers of India Rivers Week 2016, to be held in Delhi over 28-30 November, are focusing this year on “The State of India’s Rivers”. The meeting hopes to come out with a clearer picture of the state of our rivers. There are bleak stories and then there are glimmers of hope, which need to gain strength and be highlighted as well. Some individuals and organisers who have done exemplary work in river protection will also be honoured with the Bhagirath Prayas Samman during IRW 2016.

Meanwhile, we all await some real good news for our rivers.