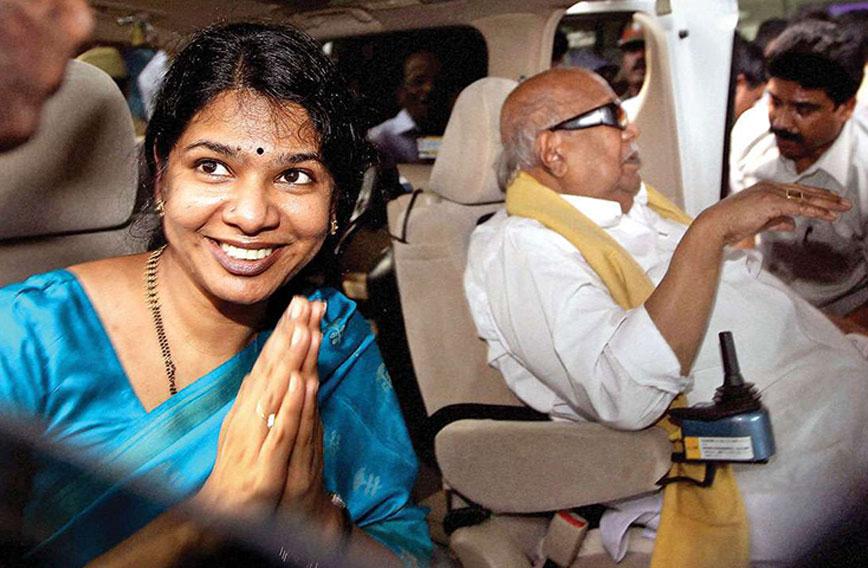 Bring states together on objective goals

Evidence from around the world emphasizes how geography matters in the development of a community, country or civilization. India is uniquely positioned to benefit from its vast geographical diversity but can only do so when the country’s many regions come together as a unitary whole. Multiple strengths in human and social capital have to combine for a common advantage leading to economic consequences.

India is struggling to find a balanced development approach that is pragmatic to implement while ensuring sustainability at the same time. The leading narrative is being set by the Government of India and it is expected that the state governments will follow.

The agenda is set with the vision for becoming a $5 trillion economy, the new education policy, health Insurance cover with Ayushman Bharat, rural jobs under the MGNREGS and so much more. Recent laws on labour and agriculture also define national objectives. This is apart from the several Centrally sponsored schemes that were used as instruments of development and politics when the Planning Commission existed.

The federal structure of India necessitates that states formulate and implement their own development interventions while at the same time following the Union government’s line.  While there has always existed a national narrative on the emotional plane, there was very little of an integrated view of the country as one entity willing to capitalize on its inherent geographical advantages. The reality of our states having being divided on the emotionally surcharged basis of language further accentuated separation rather than unification.

The regionalization of political power has further weakened the goal of creating one national development narrative. The coronavirus pandemic exposed the lack of cohesion vulnerabilities and the challenges that the individualized model of development poses and how people began to be seen as Biharis or Odiyas or Assamese and categorized as migrants within their own country instead of as Indians in distress.

Prime Minister Modi’s call for ‘cooperative federalism’ when setting up NITI Aayog was refreshing and timely, especially when seen in the context of seemingly irreconcilable diversity. The narrative and agenda that were mentioned were about strengthening the state governments in fashioning their own contextually relevant development agenda within a loosely defined national framework. The states would be free to have synergies with one another and promote a healthy exchange of talent, knowledge and expertise.

It was hoped that cooperative federalism would free up internal trade and commerce and promote the free movement of men and materials. A goods and services tax (GST) and governance initiatives like ‘one nation one ration card’ would create a facilitatory environment for the much needed integration. However, bringing the states together on objective national goals remains largely a work in progress as we have seen from the multiple differences that have erupted. The spirit of federalism needs greater nurturing both in emotional and economic terms.

Can a new approach to development be constructed that can at once address the demands of comprehensive and sustainable human development of each individual state without losing sight of the large national canvas? Can one attempt to synergize the efforts of the many development players including individual state governments, build and sustain partnerships and ensure human progress for every Indian? Can India’s development be fashioned and achieved on the narrative that fosters partnership based on mutual respect, trust and dignity among all stakeholders, state and Union governments and accompanied by a genuine desire to make a positive change to the country as a whole?

To understand this, one must comprehend that India is a country with several countries within it. Historically, national identity has remained by and large emotional and evident only during times of crisis or in sports, while local identities are reinforced each day by our language, dress, food habits, regional sentiments and distance from the national capital.   This feeling of separateness gets reaffirmed and reinforced by vested political forces for narrow electoral gains.

Designing a balanced national approach amidst all this demands sensitive governance and an administrative mechanism driven by the Government of India through its various national institutions including NITI Aayog. It necessitates populating national institutions with people from around the country who can bring the much needed context and understanding of the situational realities and cultural diversity into the decision-making processes.

Evidence of this thinking has been symbolized in many ways — whether it is the spatial distribution of industrial units and Public Sector Undertakings (PSUs) or national research institutions or banks and tribunals. One needs to dig deeper to understand whether these symbols alone were enough to drive a national perspective, or are they continuing to be disparate elements without the soul of unity embedded in them. It is also true that the DNA of inclusion in an institution needs to be driven by sensitive, mature and self-aware leadership heading them. The Union government  has to take the lead and provide the agency for the states to engage in the process of cooperative federalism that ensures a sense of national identity without fear of losing their own unique individualism.

Incidents like the AYUSH secretary calling out officers from Tamil Nadu for not knowing Hindi or the linguistic discrimination that Kanimozhi, Member of Parliament, underwent at an airport, necessitates digging deeper into the structural reality that national institutions are manifesting. Can these incidents be dismissed as one-off or are they the superficially visible symptoms of a deeper systemic issue that needs to be addressed? One can begin by taking a look at the prevailing ecosystem and measuring it against the yardstick of adequate representation at the leadership level within government Institutions that have a bearing country-wide, in individual states and amongst the general citizenry across the country.

Beginning with the office of the prime minister, it is interesting to note that India has had 15 prime ministers till date and only two have been from South India. If one were to take into consideration the period served by them cumulatively, it would still be less than what A.B. Vajpayee served. Though Indira Gandhi represented Chikmagalur constituency, one cannot consider her a person with South Indian domicility.

The current government has only four out of 21 cabinet ministers and two out of 29  ministers of state from the south. There are no South Indians among the ministers of state holding independent charge. While this may be born out of the compositional reality of elected members from the ruling party, one needs to keep in mind that the scenario has not been very different in previous cabinets.

While the current composition of the judges of the Supreme Court reflects fairness and balance, one needs to keep in mind that only 12 of the 44 chief justices were from South India till date. There have been 27 generals appointed to the Army till date and only five were from the southern region. Only three of the 26 admirals of the Navy and three of the 25 chiefs of air staff have been from southern states.

Though none can cast any aspersion on the competence of these persons, one cannot ignore the fact that all major nationally significant organizations with a pan-India bearing are headed by non-South Indians. While one can gain a cognitive understanding of different geographies, one cannot discount personal appreciation of regional and cultural realities and expertise to deal with local contexts that domiciliary people are embedded with.

While I am neither intending to nor making an argument based on just appointments to key posts and the inherent skewing against the southern states, I am concerned about what this could mean for the larger construct of the sense of national belonging that needs to be nurtured and nourished in every citizen. The State not only has an obligation to be fair and transparent to all its citizens but it needs to build a working mechanism where the pulse of the entire nation is felt and understood by all the arms of the government.

One needs to recollect how Dr B.R. Ambedkar described India and its states: “one integral whole, its people a single people living under a single imperium derived from a single source.” Beyond this sentiment, it is also a practical necessity to preserve the unity and integrity of the nation and move the development agenda collectively forward.

The changed relationship between the Centre and the states needs actions to reflect this sentiment in letter and spirit and the Inter-State Council set up in 1990 was in this direction.  With NITI Aayog all but subsuming this role, it now needs to ensure that cooperative federalism does not remain wishful thinking but manifests itself in a sensitive, fair and practical manner.

Ensuring political, executive and judicial balance is indeed a difficult call, but then running a country as complex and diverse like India is not easy. Beyond political acumen, it needs the spirit of consultation, engaged participation from all stakeholders and transparent mechanisms that signify this intent.

It is a challenging demand, but the spirit of consultation needs to manifest itself in the composition of bodies like NITI Aayog or the several committees constituted by each of the ministries of the Union government, or in a fair re-distribution of revenues driven by the per capita contribution of the citizens. What the country needs are pragmatic expressions of the cooperative federalism that Prime Minister Modi espouses.This feeling needs to percolate to all the other actors within the system.

And when this happens, people will no longer have to worry about speaking or not speaking in Hindi or the accent with which they speak. They need not have to live with the insecurity of living in a state that is not home to them or concern themselves with the politics of language or region. All that will drive them will be the national agenda of building a resurgent India and only then can we truly talk about a ‘New India’ arising.