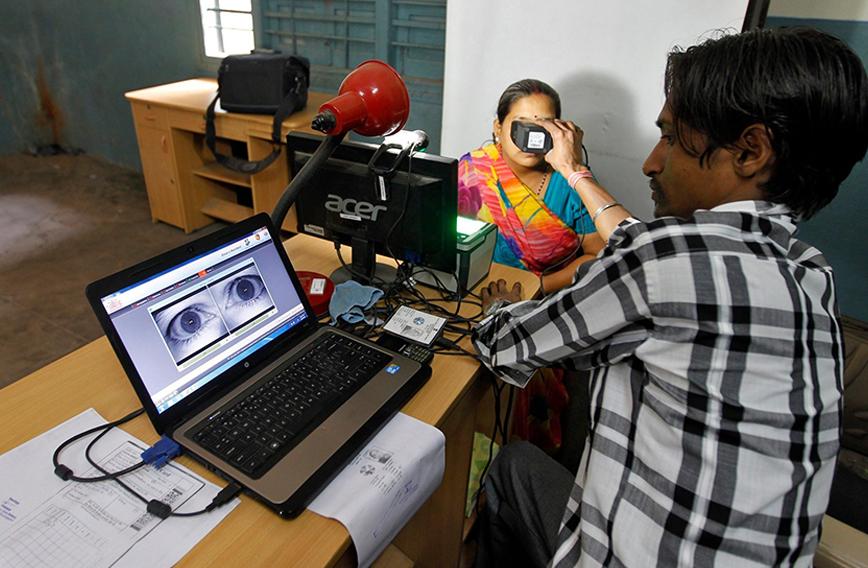 Several technological systems to ensure delivery of welfare plans and social security schemes by the government have had serious design flaws right from conception. These flaws became even more glaringly apparent during the pandemic when they prevented many people from accessing their rights and entitlements. Here are the faultiest ones.

Biometric failure emerged as the most significant source of errors in the Aadhaar-based authentication process for both the PDS (Public Delivery System) and cash withdrawal to avail of the relief measures announced by the government. Biometrics were originally deemed essential in Aadhaar for de-duplication to ensure that nobody has more than one Aadhaar number; but no efficacy studies have been done and, in fact, studies argue against biometric-based de-duplication. If biometrics do not help with de-duplication then there is no need for them. Other solutions like smartcards should be used to avoid unfair denial of benefits. Some states actually suspended biometric authentication during the lockdown, further corroborating the limited value of the technology.

The PF (Provident Fund) IT system does not allow people to correct their own personal details. Errors such as in the spelling of names, dates of birth, dates of employment, and Aadhaar and mobile phone numbers all need to be corrected by employers. Despite allowance offered by the government for PF withdrawal during the lockdown, countless workers were unable to withdraw funds because of such mismatches. It also did not help that many did not even know that their PF contribution was being deducted or anything about their PF accounts or the procedure to withdraw funds. A better designed system would have kept workers informed of PF deductions through SMS messages, and allowed them to fix errors in their details rather than relying on employers to do so.

The MGNREGA Management Information System (MIS) is highly impressive, housing details of each job card and work done, attendance, payment status, etc, all accessible online. However, MGNREGA workers are unable to use online systems and need to rely on help from others. The MIS therefore largely serves as an accounting function for administrators, while workers continue to face issues with registering their demand for work, tracking payments, and raising grievances.

Simple IVR (Interactive Voice Response) or SMS systems could have been easily layered on the MGNREGA MIS through which workers could register a demand for work, access their work and payment history, verify details and raise grievances in case of any mismatches. This would have helped more people utilize MGNREGA in these difficult times.

Aadhaar was clearly conceived as a system to reduce inclusion errors in welfare schemes, that is, to deny welfare benefits to those who don’t deserve them, and marketed likewise as a means to plug such leakages. But these leakages of unauthorized access to welfare benefits are a minuscule fraction of the quantity-related fraud that has continued via the ration dealers even during the lockdown. They do not hand over the due quantity of provisions to people and Aadhaar can do nothing to prevent this nor can it do anything to reduce exclusion errors for the millions of families who have remained without ration cards even during this period of great need.

A more meaningful objective that the Aadhaar ecosystem can easily serve is to reduce exclusion errors through an analysis of the transaction error logs. This can easily reveal beneficiaries for whom biometric re-registration or name correction could help in availing of benefits. Such lists can be transparently released to panchayats and other field cadre to assist people in getting their entitlements. No such steps have been taken so far, and even calls for universalization of many benefits like the PDS have not helped.

Who understands and wields a technology is a key factor in determining whom the technology empowers and whom it disempowers. With cash transfers announced by the government, banking correspondents using Aadhaar-based authentication POS (Point of Service) machines were critical in delivering banking services to people at their doorsteps. However, it has also been easy for them to under-report to customers the amount of cash that has been withdrawn from their accounts, by stating falsely that an inactive-account fee was applied.

Audio-enabled POS machines that play information about each and every transaction, explain any errors in simple terms, and suggest appropriate actions in the case of failure, could have levelled the power imbalance between the banking agents and consumers.

The same technique could be applied on POS machines at ration shops, where the dealer similarly has more power and routinely over-reports the quantity of food actually given to the beneficiaries. Technology should be designed to create power equality among stakeholders. If the ration dealer distributes less food because of a shortfall in stocks, then the technology could mandate that he record an oral testimony at the point of service itself, in front of the beneficiary, to confirm the shortage and also raise an alert upstream in the PDS delivery tracking system.

With widespread discrimination against returned migrant workers, the Aarogya Setu app heightens their fear that if they do come out as at-risk or infected then they could be taken away to badly-run quarantine centres or the entire household could be barred from movement and their families too would face discrimination in the community.

The app designers do not seem to understand that technology does not operate in a vacuum. It is used by people situated in particular contexts and use is shaped by perceptions of trust among people with one another and with the technology. The app in its current form amplifies trust deficits and alienates people from technology.

While  DBT (Direct Benefit Transfer) was the fastest means of providing instant cash relief to people who were suddenly rendered income-less, the overcrowding seen at banks has drawn attention yet again to the fact that financial digitization cannot happen without scaling up of the physical and human infrastructure of banking services.

However, despite the failed DBT pilot at Nagri in Jharkhand and bank-Aadhaar linkage problems seen with MGNREGA payments and inactive Jan Dhan accounts, the juggernaut of cashless payments has continued its march.

These cases point towards poorly thought-through technology design, ignorance of the actual operational context, contrived problem statements, and mismanagement of the socio-technological interface with no processes to handle failure cases.

Seeing the government as its customer, the business sector exercises a strong influence in the uptake of these technologies by projecting them as silver bullets that can solve the government's concerns, and earns valuable revenue.

Aaditeshwar Seth is the co-founder of Gram Vaani and teaches computer science at IIT Delhi. The author would like to thank Jean Dreze and Subhashis Banerjee for their feedback and useful pointers for this article.