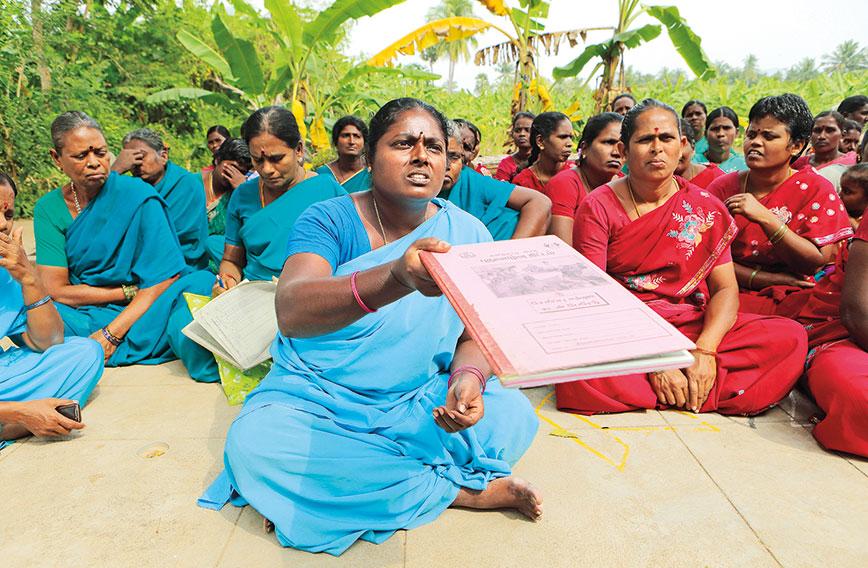 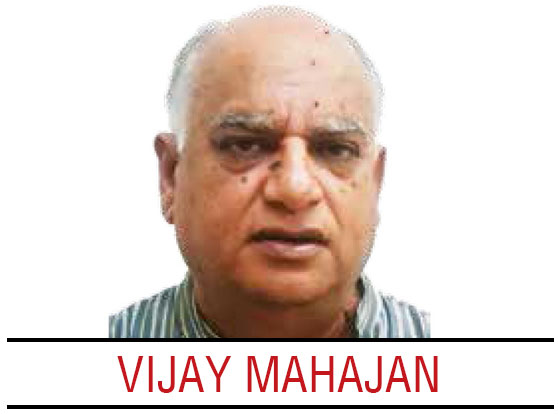 Microfinance began in India in 1974 with the establishment of the SEWA Bank in Ahmedabad by Ela Bhatt, as SEWA (Self Employed Women’s Association) members found that nationalised banks mandated to serve the poor were not accessible. SEWA Bank was a cooperative and it extended credit out of its members’ savings.

In 1976, two years later, Professor Mohammed Yunus set up the Grameen Bank as an experiment. Due to the tragic circumstances in which Bangladesh was born in 1971, poverty was endemic. Yunus’ model focused purely on credit. The bank’s source of funds in the initial decade was donor grants. So the Grameen Bank grew very fast, compared to the SEWA Bank model which was based on savings and using only member deposits for extending credit.

Both Yunus and Bhatt deeply cared for the poor and both institutions had a strong social agenda. Both tried to grow beyond their boundaries but Yunus was more able to convince Western political leaders and their aid administrators that the Grameen Bank microcredit model was the right answer to the problems of inequitable growth which had been unleashed since the 1980s.

The event which hailed Grameen Bank’s arrival on the world stage was the Microcredit Summit in Washington, DC, in February 1997. The summit was organised to “launch a global movement to reach 100 million of the world’s poorest families, especially the women of those families, with credit for self-employment, by the year 2005". The summit was attended by Hillary Clinton, then First Lady of the US, many heads of state, policymakers and senior bankers.

After attending the summit, I had written a critical article titled “Is microcredit the answer to poverty eradication?” I tried to follow an alternative path to the Grameen Bank and established India’s first commercial microfinance entity — Bhartiya Samruddhi Finance Ltd (BSFL) as a non-bank finance company (NBFC) in 1996. In the initial years, BSFL had the benefit of low-interest loans from the Ford Foundation and the Swiss Agency for Development Cooperation, to prove the concept. By 1998 we were able to raise loans from banks and then by 2001 raise equity from international investors such as the IFC in Washington and India’s ICICI Bank and HDFC. It looked as if scaling up was the only task left.

Before doing that, BASIX (the brand name we had then begun using for our group of companies) decided to carry out an impact assessment study of our microcredit work. We found that only 52 percent of our three years plus microcredit customers reported an increase in income, 23 percent reported no change while another 25 percent actually reported a decline.

Our analysis showed that the reasons were unmanaged risk, low productivity in crop cultivation and livestock rearing, and inability to get good prices from the output markets.

BASIX then revised its strategy and decided to offer a whole suite of insurance products covering life, health, crop and livestock along with microcredit. For enhancing productivity of borrowers, a range of agricultural and business development services were offered to borrowers.  For ensuring better prices, alternative market linkages were facilitated both on the input and output side. Producers were encouraged to form groups and cooperatives, which were then given institutional capacity building services to become more effective.

No one followed our example and we ploughed a lonely furrow.

Meanwhile, microcredit became the new magic bullet. On the one hand, Yunus asserted that due to microcredit in 25 years people would have to go to a museum to see poverty. On the other hand, Michael Chu, who had joined Accion as its CEO after a career on Wall Street, asserted that microcredit was a great new asset class which could be securitised and sold in secondary markets to raise more money and feed further growth.

The UN declared 2005 the International Year of Microcredit and in 2006 Yunus was awarded the Nobel Peace Prize. The resultant hype led an NGO MFI, Compartamos, working with the poor in Mexico, to make the world’s first microfinance IPO in 2007, which was very successful. Soon, the world’s investors were knocking at the doors of MFIs, many of which were in India.

Some of the MFIs were ambitious and grew very fast, throwing off due diligence and caution. Shortage of credit was replaced with over-lending and soon this led to many borrowers borrowing beyond their capacity to repay. Some MFI staff indulged in coercive recovery practices and in a few cases borrowers committed suicide.

Despite growing unease about high-growth microcredit, SKS, by then India’s largest MFI, had an IPO on August 1, 2010. This was also a great financial success, over-subscribed 14 times. But within 75 days, on October 15, 2010, the government of Andhra Pradesh (AP) promulgated an ordinance whose stated objective was “to protect women’s self-help groups from exploitation by MFIs”. By then over 6.5 million women had borrowed from MFIs in AP and Rs 7,200 crore was outstanding in micro-loans (average about Rs 11,000 per borrower).

The ordinance, further fuelled by political leaders of all parties, led to mass default. MFIs never recovered most of the money which was outstanding and 6.5 million women became and even today remain defaulters in credit bureau records.

A 2013 study by Professors Renuka Sane and Susan Thomas of the Indira Gandhi Institute of Development Research (IGIDR) in Mumbai found that the monthly per capita expenditure of AP households fell by 19 percent. The household expenditure on food went down by 17.3 percent and on education by 43 percent. The AP MFI Act thus affected over one crore poor households adversely. The industry had a huge setback for three years.

Enough about the past! I will now turn to the future of microfinance in India and indicate what has to be changed for the sector to serve its original purpose and grow without crises.

The title of my article in the Economic and Political Weekly, was 'From Micro-credit to Livelihood Finance'. In it I had pointed to the limitations of microcredit as an instrument for helping the poor overcome poverty. I had suggested how to go beyond those limitations using a broader livelihood promotion approach, combining financial services with promotional services like agricultural extension, veterinary services, skill training and market linkages, all around informal organisations of the poor.

Today I would advocate an even broader approach and urge MFIs to devise and offer a new set of financial products — a combination of savings, loans, insurance and pensions. These combined products would cater to various lifecycle needs of lower-income households. MFIs would have to move from loans for existing micro-enterprises to setting up new micro-enterprises for self-employment of youth. Later in life, they can be offered savings-based loans for acquiring consumer durables and housing. MFIs should also be encouraging long-term savings for self-financed pensions and offering a range of insurance products to manage various risks — to health, life and assets.

Go digital with a human touch

Microfinance as practised until 2014 had been ‘high-touch’ — involving meetings, face-to-face contact, paper-based forms and handling of cash, though much of this has changed in the past few years. The new-generation MFIs or DFIs (digital financial institutions) are, in contrast, high-tech, with everything done using apps, with no face-to-face contact between the customer and the service provider. I think what will work is neither high-tech digital nor high-touch, but a hybrid middle path which I call Digi-Touch. Microfinance clients will need help at least for the next 10 years to move from old-style transacting to digital. MFIs need to equip their field staff with high-tech but thereafter the service to clients can be face-to-face, with information being digitally captured.

One answer to the job crisis in India is to promote self-employment in a big way. But financing these youth to be self-employed through loans would be a disaster both for them and the banks. We know that start-ups have a success rate of barely 30 percent. So what is the solution? We need to come up with a product called micro-equity which would permit profit and loss sharing by the financiers, so that they could make up their losses from the 60 to 70 percent who are likely to fail, from their share of profits of those who succeed. This is the venture capital model applied to micro-enterprise start-ups. Of course, this requires a lot of detailing and this is not the place to do so.

Give larger and longer term loans

Low-income households need income enhancement, not cash flow smoothening. This needs investment in skills and in productive assets and in working capital. This implies that MFIs have to learn to give larger and longer term loans, which are used for investment in productive assets, rather than just today’s cash flow smoothening loans, where the money moves in a fungible manner between household needs and business working capital. Those MFIs which have become Small Finance Banks (SFBs) can easily devise composite loans which are a combination of term loans and working capital facilities. MFIs which are not banks but NBFCs will have a harder time offering working capital as an overdraft facility but some innovations can still be made to take care of seasonal peaks and troughs to meet the financing requirements of micro-enterprises.

For all the talk of urbanisation, rural India will continue to have over 150 million households and they are the ones underserved by financial service providers. Today, working in rural areas has become much easier due to better road connectivity and mobile/Internet connectivity. Thus SFBs and MFIs should build the rural market before they miss it. This requires new products as well as new channels and a different set of underwriting or appraisal techniques, which takes into account the high amount of undocumented data that exists in the social networks and interactions of rural people.

A note of caution

I want to end by reminding the microfinance industry that it has seen a crisis arising out of a combination of its own reckless ways and external circumstances, roughly every five to six years.

Vijay Mahajan is CEO of the Rajiv Gandhi Foundation