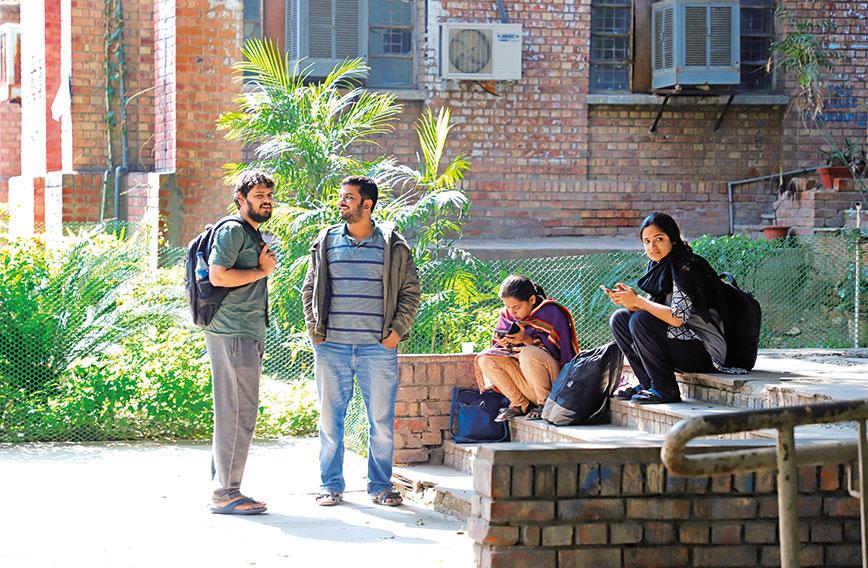 In JNU, a return to studies finally

The road leading to Jawaharlal Nehru University (JNU) is no longer lined with CRPF and police trucks. Only the university’s security team stands guard at its north gate. Students who had left campus after the violence on January 5 are back and are studying. So it seems that JNU has somewhat returned to normal.

A contested hostel fee hike had led to a confrontation between students and the JNU administration. Students of both the Left and Right were united in opposing the hike. But then other differences between student unions led to clashes and reduced the campus to a conflict zone.

But students have also felt the need to move on and get back to academic life, putting the period of upheaval and violence behind them.

Classes for the previous semester have been held. By October 28, more than 75 percent of the semester’s syllabus had been covered. With a few extra classes in January, professors have been able to cover 85 to 90 percent, a senior professor at the Centre of Social Medicine said. The remaining 10 percent will be covered in the coming semester.

“We set ourselves an easy schedule. Our professors reassured us that classes will be held so that we don’t miss out on the previous semester,” said Meghna Goel, a second-year master’s student at the Centre for Economic Studies and Planning (CESP).

At most centres, professors and students took decisions after talking to each other. Things were different at the Centre for Historical Studies (CHS). Students wanted a two-week buffer to hold classes and then prepare for exams. Classes and exams were wrapped up in a matter of five days instead. 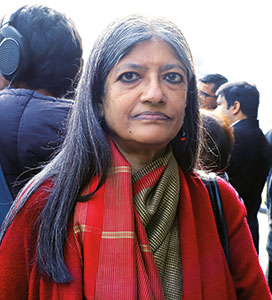 The last term’s exams, which were to be held in December, were conducted in the last week of January and the first week of February. “The teachers and students have enough experience and responsibility to conduct exams at short notice. We are willing to do everything that is required as long as we do it the proper way. We want to maintain standards. We don’t want to conduct WhatsApp exams which the university was trying to do,” said Professor Jayati Ghosh, chairperson of the Centre for Economic Studies and Planning.

But there have been aberrations. In December, at the School of International Studies (SIS), some professors conducted exams over WhatsApp and email. There were doubts about the validity of this exercise. A professor at SIS said, “In this internet world, how do you assess how genuinely a student has written an online exam? As a mode of examination WhatsApp and email is an absolute farce.”

By the first week of February, most centres had begun classes for the new semester. Having lost a month of teaching time in this semester, students and teachers cannot afford any more delays. Extra classes will be the way forward. There is also talk of extending this semester by two weeks to make up for lost time.

Professors are willing to give up their weekends to make sure their students don’t lose out. They will be giving up time for their own research. “Teaching is our primary duty, although research is also important. We have to first do justice to our students. I don’t see taking classes on Saturdays as something that will take away from my research time. Teaching and research are not compartmentalized for me,” said a professor at the Centre of Social Medicine.

There is still fear and insecurity. “If I hear a loud sound at night, I still wake up with a start,” said a student. Professors said that normalcy will not return to campus till the culprits of the violence are brought to book. They stress that the vice-chancellor needs to go.

Shreya Ghosh, a PhD student at the Centre for Political Studies, pointed out that while the court order has brought relief, the student community feels that it is not fighting a single policy, like the fee hike, or a single person, like the vice-chancellor. “It is a system we are fighting.”

Students at the university had been protesting against a hostel fee hike after the Inter Hall Administration passed a new hostel manual on October 28. Nearly 40 percent of JNU’s students come from low-income homes and they feared the fee hike would force them to drop out. On January 24, the Delhi High Court passed an interim order instructing the administration to register students for the winter semester starting in January at the old hostel rates.

Students in JNU have welcomed the order. “It has brought some sort of relief. The negotiations were at a stalemate with both the administration and the Ministry of Human Resource Development,” said Ashank Chandapillai, a postgraduate student at the Centre for Historical Studies.

But by January 24, around 90 percent of the students had already paid the higher fee rates and the court order covered only the 10 percent who hadn’t registered. A student at the Centre for Informal Sector and Labour Studies said, “Although 90 percent of students registered with the hiked fee rates, it’s not necessary that they paid it willingly. Many students borrowed money from their friends or relatives back home to pay the hiked fees. It was a very volatile and uncertain situation, so people thought they should register.”

The order also didn’t say anything on the removal of caste-based reservation in hostel allotment in the new hostel manual. These issues are to be heard on February 28.