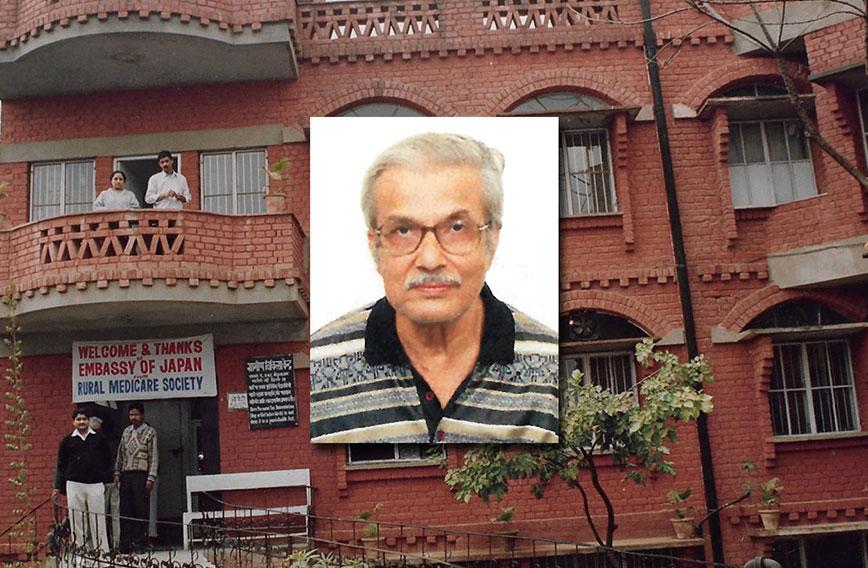 When Dr Jayanta Kumar Banerjee returned from England as an FRCS, he went straight to the Ramakrishna Mission Hospital in Dehradun to start his practice. He was accompanied by his wife Shipra, who was an anesthetist.

They could have set themselves up in any Indian city and  flourished. A doctor with foreign qualifications was a big thing in the early 1970s as it is today. But Dr Banerjee was deeply inspired by Vivekananda and imbued with the spirit of service.

It was to be a lifelong commitment. When he died on February 2 at the age of 82, he had been one of the leading lights of the Association of Rural Surgeons of India (ARSI). His wife passed away some years earlier. Both went largely unsung, their contribution as public-spirited doctors being largely unrecorded.

Perhaps finding that the hospital in Dehradun wasn’t challenging enough, the Banerjees in 1977 set up a facility with three beds in an abandoned godown in Mehrauli, in the then largely rural hinterland of Delhi. They wanted to reach people who really needed their medical skills and didn’t even have the capacity to reach a hospital run by the Ramakrishna Mission.

They were joined by Dr S.K. Basu, a gynaecologist, among other doctors, thereby taking good medical skills to the people who desperately needed it.

In five years the RMC had expanded to 11 beds and gone from the shed to a building to cope with the increasing number of patients. It began to take the formal shape of a hospital with an operating theatre, an ambulance and doctors from different specialties visiting.

In 1995, a yet bigger hospital got built. It had 18 beds, two operating theatres, a radiology facility, and a laboratory. The land, at Said-ul-Ajaib in Mehrauli, came thanks to the then Lieutenant-Governor of Delhi, P.K. Dave.

The RMC now has 30 beds. Thousands of patients turn up to consult several well-qualified doctors. In the spirit in which it was founded, the fees for an OPD consultation are just `130 and an entire surgery is performed for as little as Rs 13,000. Very poor patients who can't pay at all are treated free.

We at Civil Society discovered the RMC when Dr D.P.S. Toor, who had been reading the magazine regularly, contacted us in 2006. “Come and see our work,” he said.

It was not till January 2007 that we went to the RMC — with a patient, a young woman who had been turned away from other hospitals and was about to die. Dr Toor and Dr Seema Mehrotra saved her life. After a serious surgery and a week spent in the RMC, the bill back then was just Rs 16,000!

Civil Society did a cover story: ‘Amazing Hospital!’ We first spoke to Dr Banerjee for that story and several times after that as he became a friend. With a stroke behind him, he had retired in Dehradun.

“In England I saw what defined a developed economy was equality in access to facilities,” said Dr Banerjee. “In India, on the other hand, there are facilities only for a few with the vast majority being forgotten and having to fend for themselves.”

Rural surgeons reach out to patients, making it easy for the least empowered to access them. They create medical facilities with the least of resources, training local people to be paramedics and performing surgeries with inventive techniques in remote locations under challenging conditions.

Dr Banerjee believed that public healthcare in India called for several small hospitals like the RMC. “You need 30 and 40-bed hospitals staffed with qualified physicians and paramedical staff and sustained by local communities. You also need to train local people,” he said.

Conversations with him over the years were invariably on the phone. He waited for a visit to Dehradun, promising good fish, a date we never managed to keep despite many attempts.

Like a good surgeon, Dr Banerjee was clear- minded and decisive. He would tend to be domineering too. But he did nothing to promote himself or his many achievements. So, there were no national awards, no accolades, only the quiet farewell by colleagues and family far from the limelight that a dedicated people’s surgeon could have expected.