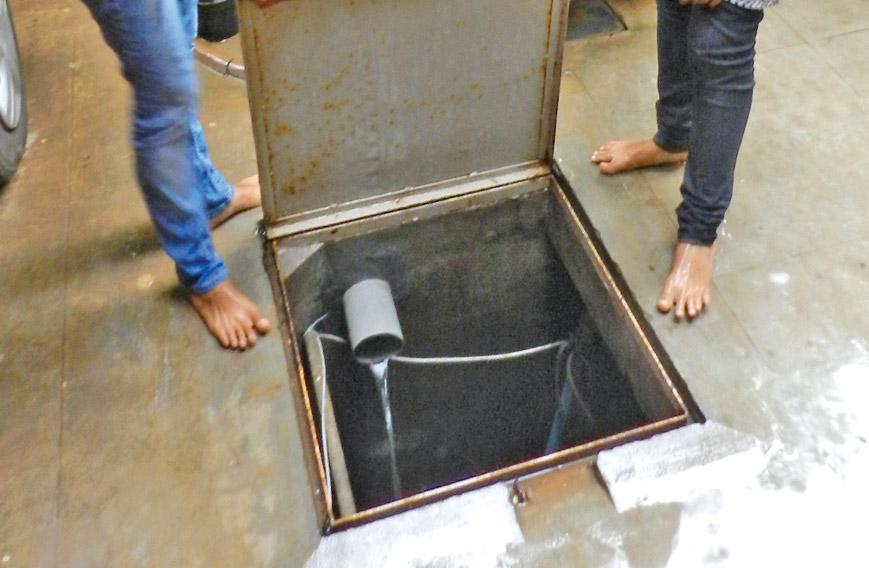 Rain on the roof

Imagine a city located at around 900 metres above sea level. Imagine also that there are no perennial rivers nearby and imagine that the city has a population of 10 million and growing rapidly. That, in short, is the city of Bengaluru, the capital of Karnataka.

For a city famed for its moderate climate, in its infancy, water supply to citizens was not a problem. The population was small, the demands less and a myriad ‘tanks’ (man-made lakes for irrigation) were sufficient for water supply — usually drawn through wells. However, as early as 1874, problems started cropping up. The tanks were fouled with sewage, the rains were sometimes insufficient to fill them and there was water scarcity. The then Dewans, advisers to the Maharaja of Mysore, were farsighted and one of them, Sir Sheshadri Iyer, commissioned the construction of an expanded earthen reservoir at Hessarghatta on the Arkavathy river. In 1896, the scheme started to supply water to Bengaluru.

This was followed by a second reservoir on the Arkavathy at Thippagondanahalli, commissioned in 1934. The water-pumping from this reservoir was incrementally enhanced until full-capacity utilisation was achieved at 135 million litres per day.

In the meantime, the first specialised water and sanitation utility in India, the Bangalore Water Supply and Sewerage Board (BWSSB), was set up in 1964. It promptly went about its task of enhancing water supply to Bengaluru and commissioned the first of the water supply schemes from the Cauvery river from a place called Thorekadinahalli. In 1974, Cauvery water first reached the city. This was a phenomenal engineering task in which water was lifted and pumped in three stages over a distance of 95 km and over a height of 300 metres. The Cauvery project will deliver 1,310 million litres per day to the city but that is the ceiling for now of the amount that can be drawn. But population and economic growth keep demanding more water.

Groundwater has therefore been the supplement for the city and it is guesstimated that there could be about 400,000 bore-wells in the city, pumping up anywhere between 400 million litres to 600 million litres daily. Bore-wells have been drilled to depths of 1,200 feet and farther.

Since the city has hit a plateau for water availability, it has looked at ways of water management. Demand management and leak reduction, wastewater reuse and recycling, and rainwater harvesting have been identified as three possible ways to manage the disparity between demand and supply.

In the early days rainwater harvesting was collecting stormwater in tanks. A good example was the Sankey tank, built in 1882 to supplement the water requirements of the city. However, once water started coming from far-off sources, the tanks within the city were neglected. Many of them were filled up and converted to other uses such as the bus stand, a hockey stadium, a football stadium and so on.

As early as 1984 Prof. D.K. Subramanian of the Indian Institute of Science talked about the need to build large decentralised reservoirs and store rainwater for supply to the immediate geography. Dr B.P. Radhakrishna, a doyen among geologists and the head of the Geological Society of India, also spoke about the need for rainwater harvesting and for recharge into the aquifers of Bengaluru.

In 2007 the Bruhat Bangalore Mahanagara Palike (BBMP) made rainwater harvesting compulsory for buildings to be built on plots above a certain size. But this was not followed seriously.

With the assistance of various groups and with land provided by the BBMP, a rainwater harvesting theme park was created on one and a half acres of land in Jayanagar 5th block, 42nd Cross by the BWSSB. Called the SIR M. Visveswarayya Rainwater Harvesting Theme Park, the place showcases all forms of rainwater harvesting including rooftop, stormwater and land-based systems. At the park, guidance is also provided to individual building owners on how to design and construct a rainwater harvesting structure.

Balasubramanian’s house is located in the leafy suburbs of Bengaluru. He had a well dug when the house was under construction. Over the years, the well ran dry. By collecting the rainwater from his roof and directing it through a filter made of charcoal, gravel and sand into the well he has not only recharged the aquifer but also improved the quality of the well water. Now his open well supplies him water throughout the year.

Dr B.R. Hegde is a retired agricultural scientist from the University of Agricultural Sciences in Bengaluru. He made a separate sump for rainwater next to the main sump meant for water supply from the utility. A portion of the rooftop rainwater was diverted into this new rainwater sump tank. This now provides him with much of the non-potable water requirements for his garden.

Bengaluru has relatively well distributed rainfall of an average of 920 mm spread over 60 rainy days and occurring over eight months of the year. The 34-acre Rainbow Drive is located in Sarjapur Road on the outskirts of the city. It has no connection to the water utility and must depend on groundwater for all its water requirements. Its residents have come together and built over 250 recharge wells to pick rainwater and stormwater and send it to the aquifer. They have been able to overcome flooding which used to occur quite frequently and have also benefitted the bore-well considerably.

The residents of Classic Orchards on Bannerghatta Road desilted a huge well in their community and removed 100 truck-loads of silt. They have channelled their storm-water to the well. During a downpour, millions of litres of water flow into the well. They also have rainwater harvesting for their clubhouse.

Though the laws made rainwater harvesting compulsory quite a few years ago, it has yet to become popular with people. When supplied with subsidised piped water, citizens neglect to make their own contribution to the sustainability of water resources for the city. The institutions too have not driven rainwater harvesting and its implementation enough.

Given the severity of the drought this year all over India, and given the fact that the almost single-point dependency on the Cauvery river is an invitation to problems, it is time rainwater harvesting and the saving of lakes in Bengaluru become a people’s movement.