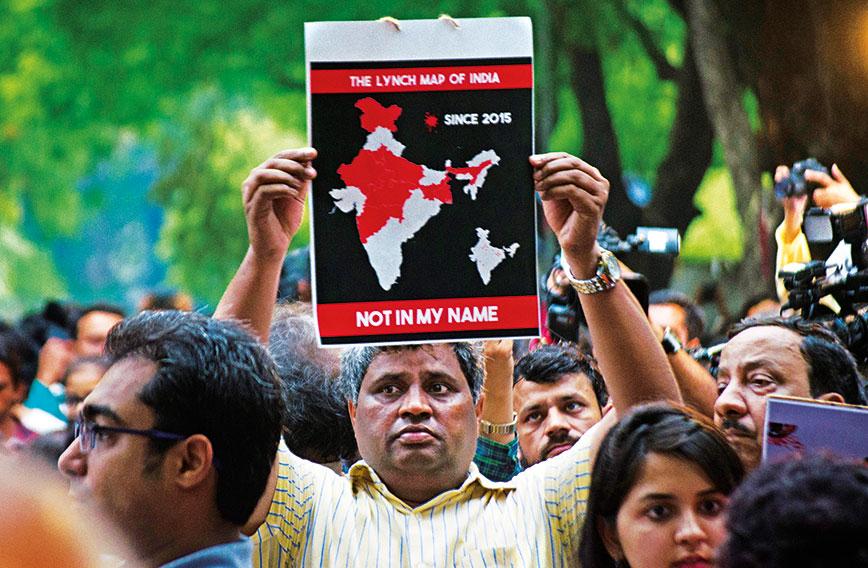 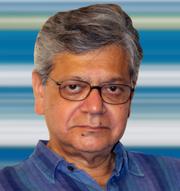 First it was Muslims accused of killing cows, then it was Dalits accused of killing cows or having the temerity to ride a horse. Now, it is suspected child abductors. The rule of the BJP has seen a rising tide of public hysteria and lynching (close to 30 killed in two months up to early June), fuelled by WhatsApp messages spreading at the speed of light.

Researchers and academics will, in good time, definitively determine why lynching turned into public madness, and what should have been speedily done so that things did not go to the extent they did.  But some answers must be sought simply to make sense of what has happened and find out wherein lie quick remedies.

First, the beginning. Muslims, mostly cattle traders, have been pulled out of vehicles and beaten to death on the suspicion that the cows were for slaughter. In one case, a Muslim family was attacked and a person killed on the suspicion of the meat in the fridge being beef, which forensic tests later determined was not the case. Worse, trucks of cattle traders, even with the requisite permits, have been attacked and the traders injured.

This kind of mob action then targeted Dalits in the possession of carcasses when it was they alone who do the job of extracting value out of carcasses — a job considered too dirty and lowly by upper castes.  After four Dalits skinning a dead animal in Una in Gujarat were publicly thrashed on the suspicion of having killed cows, Dalits as a protest stopped doing the job and subsequently 80 carcasses had to be buried.

After the attack on Muslims and Dalits, the focus turned to impoverished and vulnerable people, appearing to act suspiciously and, the ultimate proof, engaging pleasantly with a child. Such people have been beaten mercilessly to death by mobs. The incident that shook the country was of five migrants getting off a bus at a village fair in Dhule district of Maharashtra in order to beg being lynched after being seen talking to a child.

In virtually all cases of lynching of so-called kidnappers, what has got a community worked up is stuff circulating on WhatsApp proclaiming: Beware, child kidnappers are on the prowl. Fake and doctored communications circulated at lightning speed because people are unthinkingly forwarding what they received. The ultimate is a purported video of child lifting which was created by splicing footage from a video created in Pakistan by a communications agency. They did it to spread awareness of the need to prevent child trafficking and most of the actors in it were members of the agency itself.

In another instance a Tripura minister, holding no less a portfolio than education, visited the family of a boy who had died and claimed that his kidneys had been removed.  The chief minister subsequently informed the state assembly that the boy’s kidneys were intact.

So why has this happened? At the root is people’s tendency to believe whatever they see or read on social media, particularly if what is conveyed is evidenced by video footage. The second is the increasing boldness with which people take the law into their own hands and beat up people on suspicion, sometimes killing them in the process.

If the government had come down heavily on people taking the law into their own hands right when this phenomenon gathered momentum, then probably lynching would not have taken on such proportions. But, in the case of one of the early incidents, the prime minister made a reference to it only obliquely and that too after a week of the incident. In another instance, the Rajasthan chief minister described as merely ‘unfortunate’ the case of a social activist being killed when he protested against pictures being taken of Muslim women defecating in the open.

Perhaps the most serious official support, by default if you like, is Union Minister Jayant Sinha receiving in his home seven found guilty of lynching and sentenced for life, released on bail when they went on appeal. The media is now full of photographs of him with these convicted people wearing garlands.

The minister defended himself by saying that he believed they were innocent and proclaimed himself to be a supporter of the due process of law. Sinha, whose CV mentions he has been to Harvard and the University of Pennsylvania, could not distinguish between a sentence being set aside on going on appeal (which was) and a verdict convicting someone being set aside (which was not).

Why Sinha did this can be gauged from the fact that there seems to have been competition between groups within the BJP in Jharkhand to take credit for obtaining bail for the convicted. Today, with elections approaching, there are those in the ruling establishment who believe it is important for them to be on the side of cow vigilantes even if they may have engaged in lynching, never mind the need to uphold the rule of law.

The official reaction so far has been the central government asking the state governments to get a grip on this and the ministry concerned issuing a stern warning in good officialese to WhatsApp to take steps against the circulation of fake news. That’s what we have at the time of writing.

What we do not have is the prime minister immediately calling an emergency meeting of chief ministers to work out a joint strategy to stop this murderous hysteria. What we also do not have is WhatsApp being blocked temporarily because it has turned out to be lethal. This, when the Internet is blocked repeatedly in Kashmir when security action is taking place.